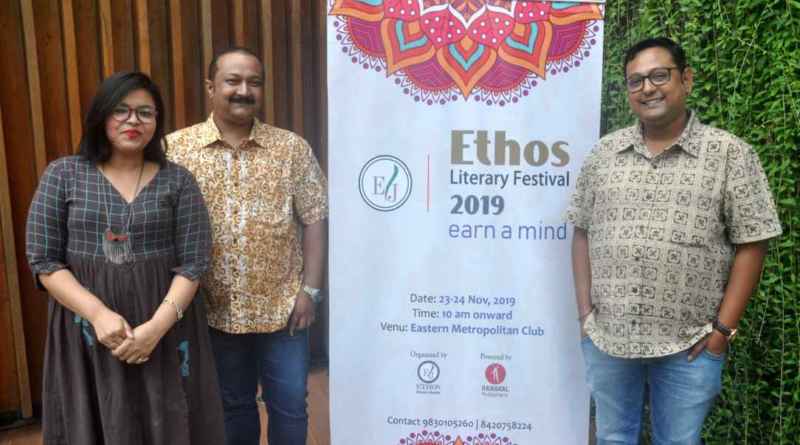 The idea of Ethos Literary Festival was conceived by Ethos Literary Journal (ELJ) and Hawakal Publishers to celebrate the independent presses and distinguished writers published by these presses of India. The journal is headed by Dr. Kiriti Sengupta, who is an internationally acclaimed poet, editor and translator. Hawakal Publishers is an independent press based in Kolkata, and it is founded and headed by Mr. Bitan Chakraborty, who is a renowned storyteller.

Commenting at the event, Mr. Kiriti Sengupta, internationally acclaimed poet, editor and translator, said that, “Our aim of Ethos Literary Festival 2019 is to focus on poetry both in English and Bengali language which has remained an insignificant part in most literary festivals across India and we plan to felicitate the poets and give due recognition to them.”

The two-day festival of The Ethos Literary Festival will showcase discussions, debates, book launches, poetry reading, felicitations for poets – Ethos Literary Award, major participation from women writers who are based outside Kolkata.

Ethos Literary Festival 2019 will host more than 51 writers and poets, namely Ms. Shikhandin, whois the nom de plume of an Indian writer and has won several awards and accolades for her poetry and fiction in India and abroad, Ms. Jhilam Chattaraj, is an academic, poet and literary interviewer based in Hyderabad, her work has been published in journals like Colorado Review, World Literature Today, and Asian Cha among others. She received the CTI excellence award in “Literature and Soft Skills Development,” 2019 from the Council for Transforming India and the Department of Language and Culture, Government of Telangana,  Ms. Jagari Mukherjee, is a poet and has won best of the Net 2018 nominee, a DAAD scholar from Technical University, Dresden, Germany, a Bear River alumna, and the winner of the Poeisis Award for Excellence in Poetry 2019, among other awards. Ms. Somrita Urni Ganguly, is a professor, poet, and literary translator. She was affiliated with Brown University, Rhode Island, as a Fulbright doctoral research fellow (2018-2019) and has taught British Literature to undergraduate students in Delhi and Calcutta.Dr. Sharmila Ray is an Associate Professor and Head of the Department of History at City College, Kolkata. She has authored nine books of poetry. She was on the English Board of Sahitya Akademi, Ms. Menka Shivdasani, is a poet, her collection Frazil was awarded a Rabindranath Tagore Literary Prize Certificate for “excellent contribution to literature” in April 2019. Ms. Vinita Agarwal, is an author and a recipient of the Gayatri GaMarsh Memorial Award for Literary Excellence, USA, 2015, the second prize at the TallGrass Writers Guild Award, Chicago in 2017, the third prize in the Hongkong Proverse Poetry Prize 2017, Ms. Rimi Dey, has been awarded Kabita Pakshik Samman in the memory of Manik Chakraborty, and Natun Shatak Man-Kalam Samman in 2015, Delhi-based Ms. Sabari Roy has been awarded Diba Ratrir Kavya Puraskar in 2016, Mr. Ranadeb Dasgupta who has authored six full-length collections of poems, and has been included as one of the poets interviewed and translated into English for the collection The Reciting Pens (Inner Child Press, USA), and  Mr. Gourob Chakraborty, has been awarded Ekaaler Kabikantha Sammanana in 2018, among others.

Talking about the event and participation of poets and writers, Mr. Bitan Chakraborty, Founder of Hawakal Publishers, says, “As we gear up for the second edition of Ethos Literary Festival, we reinforce our commitment to bringing the best literary experience for our audiences, poets, academicians and publishers .”

Dr, Kiriti Sengupta, who has been awarded the Rabindranath Tagore Literary Prize 2018 for this outstanding contribution to literature, is a poet, editor, translator and publisher from Calcutta, India. He has published ten books of poetry and prose, including Rituals, Solitary Stillness, Reflections on Salvation, The Earthen Flute, A Freshman’s Welcome, Healing Waters Floating Lamps, The Reverse Tree, My Dazzling Bards, My Glass of Wine, The Reciting Pens, and The Unheard I; two books of translation, Desirous Water by Sumita Nandy, Poem Continuous—Reincarnated Expressions by Bibhas Roy Chowdhury; and he is the co-editor of five anthologies, Scaling Heights, Jora Sanko–The Joined Bridge, Epitaphs, Sankarak, and Selfhood. Sengupta is the chief editor of Ethos Literary Journal. To know more, visit www.kiritisengupta.com

Bitan Chakraborty is best known as the founder of Hawakal Publishers. He is also an acclaimed story writer, translator, and editor of the Bengali print journal, Atibhuj.

As publisher Chakraborty drives one of the foremost independent presses in India, working simultaneously on Bengali and English literature. Be it Bengali fiction and poetry, or English poetry, fiction, nonfiction and literary criticism, Chakraborty has emerged as niche publisher, helping both emerging as well as established writers and poets across the globe.  Hawakal began their journey back in 2009; having passed a decade’s struggle in the publishing industry, Chakraborty has finally been bestowed the title as one of “the flag-bearers of verse” in Indian subcontinent. As a proficient raconteur, Chakraborty has made a lasting impact with his collection of Bengali short fiction, Santiram-er Cha, which was later translated into English under the title, Bougainvillea and Other Short Stories. Having authored six collections of prose and poetry, Bitan Chakraborty emerges as an extremely talented littérateur of the present day. To know more, visit www.bitanchakraborty.com

ELJ aims to reflect the truest ethos of the current times—the quintessential yet varied, fast-diversifying yet emblematic, “spirit,” so to speak, of the exciting, post-modernist times we are living in. The journal intends to depict the collective consciousness and the collective intellect of the era by recognizing, publishing, and representing a wide array of diversified voices from around the globe. Ethos Literary Journal is headed by Dr. Kiriti Sengupta who is the chief editor. ELJ is one among the “8 Wonderful New Literary Journals,” declares US-based organization, Authors Publish. Publicity : Perfect Relation. 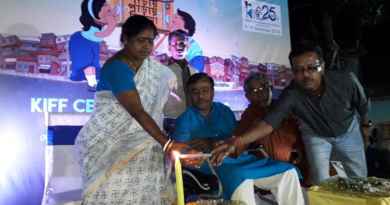 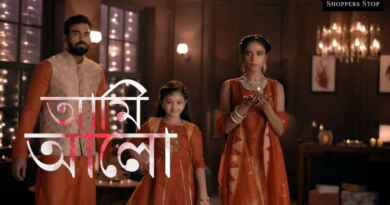 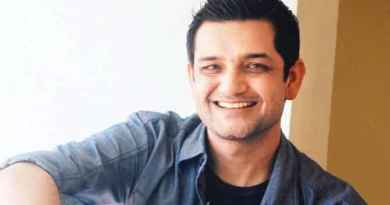