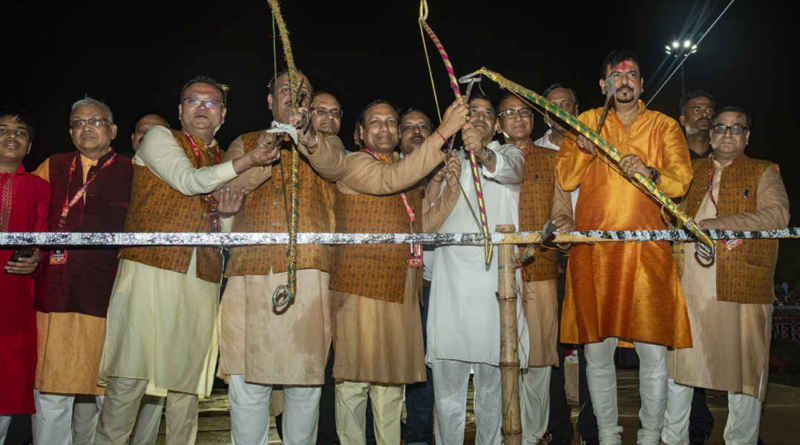 News Correspondent, abptakmaa, Kolkata, 9th Oct 2019 : Keeping up with its tradition of burning the tallest effigy in the tricity during Dussehra, the Salt Lake Sanskritik Sansad Committee & Sanmarg burnt a 60-feet tall Ravana effigy at the Central Park(Salt Lake), Kolkata. The event was attended by: Sri. Sujit Bose, Minister of State for Fire; Smt. Vaishali Dalmiya, Member of legislative Assembly; Smt. Krishna Chakraborty,  Mayor of Bidhannagar; Sri. Vivek Gupta, Ex Member of Parliament; Sri. Lalit Beriwala, President of Salt Lake Sanskritik Sansad & many others. The main objective of this event was to provide a vibrant interface between the citizens and the rich culture & tradition of West Bengal.

The event witnessed thousands of devotees, who will throng the grounds to witness the annual ritual – the burning of an effigy of demon king Ravana. Many people of the Hindu faith observe Dussehra through special prayer meetings and food offerings to the gods at home or in temples throughout India. They also hold outdoor fairs and large parades with effigies of the demon king Ravana,which are burnt on bonfires in the evening. Idols of the goddess Durga are immersed in bodies of water.

Speaking about the event, Lalit Beriwala, President of Salt Lake Sanskritik Sansad said, “We had made special arrangements at Central Park ground to celebrate the victory of good over evil, Besides burning of the 60-feet-tall effigy of a strongly built Ravana, we have also organized a separate fire show during the event. We had hired artistes from various states to perform during the function. Apart from this, a series of rituals were performed before the burning of the effigy where over 25,000 people were present.” Publicity : Media Connect. 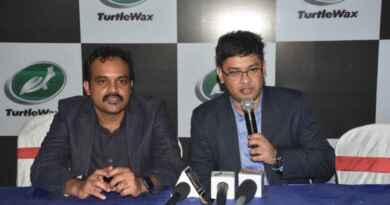 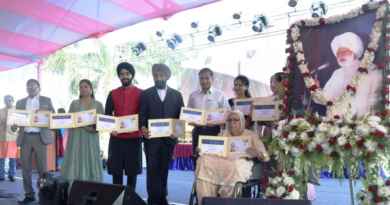 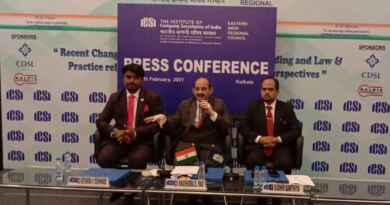 ICSI has signed a MOU with Indian Institute of Management Calcutta