Earlier, the ATC Lahore had sentenced Iqbal for 26 years imprisonment in three such cases.

ATC Judge Ijaz Ahmad Buttar announced the verdict in FIR 42 of 2019 under different provisions of the Anti-Terrorism Act 1997.

The three convicts were present in the court when the judge announced the verdict.

The Counter Terrorism Department (CTD) of Punjab police had registered as many as 41 FIRs against JuD leaders, including Saeed in different cities. The trial courts have so far decided 25 cases.

The ATC has sentenced Saeed for a collective imprisonment of 21 years on terror financing charges under sections 11-N of Anti-Terrorism Act 1997 in four cases so far.

Saeed-led JuD is the front organisation for the Lashkar-e-Taiba which is responsible for carrying out the 2008 Mumbai attack that killed 166 people, including six Americans.

The US named Saeed as a Specially Designated Global Terrorist, and the country, since 2012, has offered a USD 10 million bounty on Saeed. 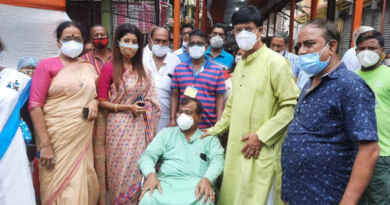