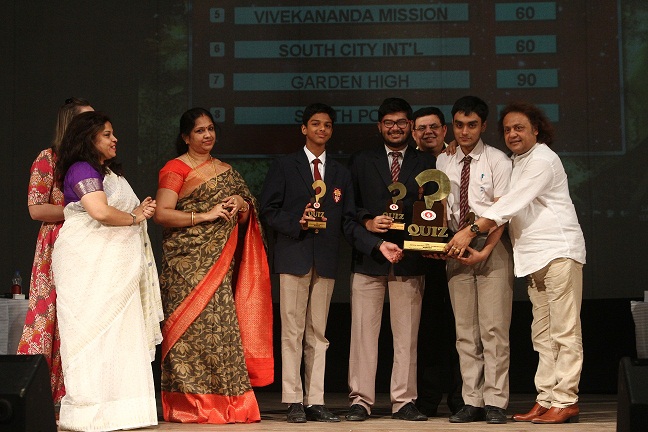 Ambar Bhattacharya, abptakmaa, Kolkata, 8th Nov 2019 : Techno India Group Public School Garia –1st  School Under this Group  , leading Education group has organized  “OJAZ 2019”, an inter school quiz competition. The Prelims of the   competition of the series was held on 7th November at Techno India Group Campus aims at bringing elements of fun, excitement and creativity through the spirit of competition in the difficult fields . The objective of the event is to encourage the exposure to knowledge through Quiz competition to make the students implement the philosophy of imagine, investigate and interact.

The contest combined the best elements of quiz to bring out the excitement and creativity of participants. As many 41 eminent schools from the city & its suburbs  like Don Bosco, Modern High School,Birla High School,  Shri Shikshayatan, South Point, South City International, to name a few   participated

This year in keeping with the notable contribution in uplifting the standard of education, the school is hosting Ojas 2019, an interschool quiz contest. This was conducted in two phases. The Prelims have been held at the corporate Head office on the 7th November2019. The Finals were held on 8th November, 2019 at Kalamandir from 10 am where Don Bosco, DPS Ruby and Garden High Ranked among top three. Don Bosco scored 135, DPS Ruby scored 125, Garden High 90, Indus Valley 70, St Zavier’s Panihati , Vivekananda Mission and South City Intl scored 60 each and South Point was the last among all scored 50.

The quiz was conducted by none other than  the country’s leading quizmaster Barry O’Brien.

Speaking on the occasion Pandit Tanmoy Bose  said, “I am delighted at the overwhelming response appreciated the quizzing enthusiasm of Kids of Kolkata. He said there is tremendous talent in the student of Kolkata who can leave their foot print in the quizzing world.”

Speaking on the occasion Ms.Manoshi Roychowdhury, Co Chairman of Techno India Group, Said “Techno India Group, contributing in the field of education has created human that is capable of meeting the technological challenges of the future. And we are happy that 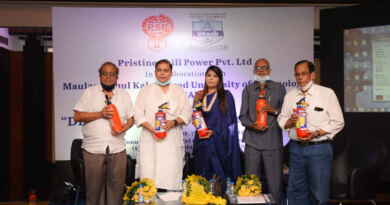