Soma Chatterji, abptakmaa, Kolkata, 2nd Dec 2019 : It is rare indeed to find books being displayed and sold at religious festivals anywhere across the world. But West Bengal in general and Kolkata in particular are different. During Pooja every year, you will find bookstalls put up in all big pandals and some small ones too. The love of reading, despite the attack by the internet and other digital competitors via mobiles and tablets is omnipresent here. People buy books even when they are attending Durga Pooja in all finery and this extends to the celebration of this festival beyond Bengal too. In big poojas in Mumbai and Delhi, one can come across at least one big book stall standing in one corner of the pandal.

Most of these stalls are funded, owned ad and managed by the leading political parties with a special place claimed by Marxist parties which can still claim to be the most intellectual party in the country. Reports state that this year, the stalls selling Marxist literature hit a new high by making a total sale of Rs.2 crores over the five days of the festival. Over 1,000 stalls displayed progressive literature and ‘NRC Help’ booklets, set up by various Left parties, were set to dot the state’s Pooja pandals this year.

The publishing arm of the party, National Book Agency (NBA), received an overwhelming response for former Chief Minister Buddhadeb Bhattacharjee’s recent book on China titled Swarger Niche Mahabishrinkhala (Chaos Under Paradise) sold the most and two editions were completely sold out during Pooja while the publishers are bringing out a third edition. All the Marxist bookstalls witnessed a huge footfall in its stalls in the state, party sources said. “Both the sales and curiosity about the books in our stalls have increased by leaps and bounds this time. Two editions of Buddhadeb Bhattacharjee’s latest book on China -“Swarger Niche Mahabishrinkhala (Chaos Under Paradise)”- have already been sold out. We are going for printing of the third edition,” NBA chairman Anirudha Chakraborty said. Bur he remained silent about the exact figures of the sales proceeds this year.

Interestingly, Buddhadeb Bhattacharjee is a prominent Bengali playwright and is also said to be an expert on world cinema. He has written several books and plays and before he entered into active politics, he was an active litterateur. CPI(M) also had within its fold, Bratya Basu, an eminent playwright, theatre director and actor but after he crossed over to the TMC, he is no part of the Left though he was on of the staunchest loyalists.

Party workers manning the stalls were very happy that they did not face any problems at all either from members of the Ruling Party or any other political party which they had to encounter over the past seven years or so and business was allowed to move smoothly and quickly.  Other parties had put up stalls too but they did not seem very interested in moving the sales of the literature they had put on display while for the Marxist literature stalls, the footfalls were tremendous not due to the sales along but also due to the curiosity factor where people came to look at the titles though they did not buy anything. The books were not only on their Party’s functioning, history, problems and agendas but also displayed prominent books – fiction and non-fiction, on Marxism, its philosophy, theory and so on.

Reportedly, a total of 10,000 book stalls had been put up across Kolkata and the suburbs and other parts of the State.  The TMC stalls were dominated by books authored by CM Mamata Banerjee who has authored more than 40 books and won awards for some of them too. the BJP’s stalls had books on Modi and Shyamaprasad Mookerji, while the Congress has books on Gandhian philosophy and Nehru.

The stock of books at the Left dominated stalls were a give-away of their mindset and their intellectual bent of mind. Beginning with ideological books, the stock reached through ideological books to classics, books for children, science and technology that drew crowds. books on climate change, traditional philosophy by eminent philosopher Debiprasad Chattopadhya, on Bhagat Singh and the translation of communist leader EMS Namboodiripad’s’s book on Adi Sankaracharya. Add to this,  selected works of Russian authors Gorky, Tolstoy and Turgenev to Bengali literary doyen, Rabindranath Tagore, among others.

the progressive book stalls boast of a wide range of topics, starting from ideological books to classics to children’s’ books to science and technology, making these makeshift progressive knowledge hobs the favoured destination of CPI(M)’s Ballygunge Area Committee happens to be one of the main organisers of the oldest progressive literature stalls at Park Circus in Kolkata, which started in 1952. One of the key organisers of the Park Circus Book Stall said that for them, this year, an added agenda was to spread the message of communal harmony and amity and counter propaganda against any religion- or language-based identity violence in the state.

The Leftist stalls this year also functioned as facilitation centres for the ongoing voter verification drive that began in West Bengal on directions from the Central Election Commission, touted as the first step towards invocation of NRC. Three of the oldest book stalls in Park Street, Park Circus and Jadavpore, are always the key attractions and this year was no exception. Said journalist Aniruddha Chakraborty who also manages the progressive literature stalls, “The entire idea of putting up these literature stalls was conceived by communist doyen “Kakababu” or Muzaffar Ahmed, adding, “this year, even Leftist activists belonging to terror stricken Goghat, Khanakul, Purshura, Arambag, Naranghat of Hooghly district had set up Marxist literature stalls”.

The Durga Pooja is also preceded by the release of special Pooja numbers by newspaper publications in the state. These are known as Sharodiya Sankhya or Annual Issue which contain several novels by noted authors, essays of all kinds, a lot of poetry, stories on cinema, theatre, art, interviews, republication of archival letters written by great men and women and so on. The cover page of each of these annuals – more than a hundred of them at the latest count  – all illustrating the Goddess Mother in various forms, is one of the greatest attractions of the annual issue of each magazine. I recall one memorable cover. It was a year of severe draught. The Goddess, wearing a red-bordered sari quite loosely, no jewellery or head gear, was standing in the middle of a vast field filled with grains withering away. Each cover narrates a story and while a few explain the cover inside, most of them do not and you are left to draw your own conclusions.

Sumit Mitra, in a detailed and thorough study for India Today in (September 15)1979, wrote, “The low-brow and the high-brow, the popular and the esoteric, the modern and the traditional genres and identities seem to get all mixed up in the bubbling cauldron of Bengal’s puja industry. And creativity too obeys the tenets of economics, the supply coping up with the bonus-time buying spree.”  All authors beginning with Rabindranath Tagore through contemporary reigning poet-novelist Joy Goswami has been published in these annuals. Sunil Gangopadhyay, Suchitra Bhattacharjee, Sirsendu Mukhopadhyay, Samaresh Bose, Samaresh Majumdar have all graced the pages of the Pooja Annuals. But the most popular writer has always been Shankar though he no longer writes the way he used to for old age.

Way back in 1979, Mitra informs that the giant among the puja number publishers is, by all accounts, the Ananda Bazar house. Its four publications – Desh, Ananda Bazar Annual, Anandamela and Anandalok have a total print order for 3,50,000, with each copy of each magazine priced at Rs 12. But times have changed and the price of each annual number often reaches to Rs.100 while the lesser known ones are pegged to around Rs.60. Anandamela, the very popular children’s magazine from the ABP House, is perhaps the hottest selling annual during Durga Pooja gobbled up the minute it hits the stands.

All this buying and selling during Bengal’s hottest and most popular festival reflects the intellectual side of the average Bengali who goes back to books – hard copy books one can turn the pages of instead of clicking the page-turners on a Kindle, can smell and touch and feel the excitement besides actually poring through the contents of the book. The passion for reading – the conventional way – through a hard copy book – sustains the part of Bengali culture not everyone outside West Bengal is aware of. 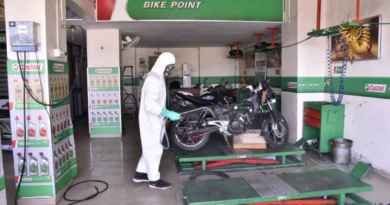 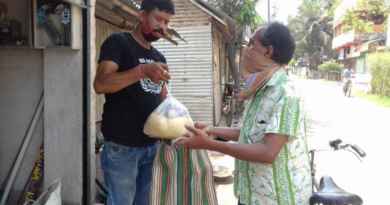