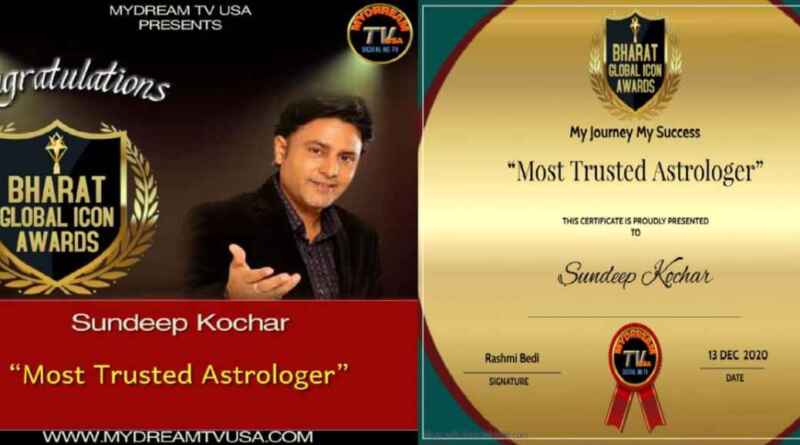 Ambar Bhattacharya, abptakmaa, Kolkata, 23rd Dec 2020 :A globally celebrated and one of the best astrologer of India, Dr. Sundeep Kochar won another prestigious ‘Bharat Icon Award’ for Most Trusted Astrologer. This dignifying award of honor was conferred on him in recognition and admiration of his honest and life changing guidance in Astrology in India and worldwide for contributing his services to human welfare and world peace.

“I am humbled to win the Most Trusted Astrologer award. I sincerely wish to help as many people as possible with the ancient science that astrology is, in my over 20 years of journey with Astrology, I feel blessed for being responsible for guiding the lives of more than a hundred thousand clients globally and help them transform for a better and prosperous future”, said Dr. Sundeep Kochar.

He is the only astrologer registered in the ‘Limca Book of Records’ for hosting the longest running astrology show ever on national television channels. One of his shows ‘Kismat Ke Sitare’ on Zee News which ran for 9 successful years was well received and viewed in more than 120 countries which is a record in television history. Whilst his serial “Kismat Connection Sundeep Kochar Ke Saath” on Sahara garnered Sundeep Kochar more fame. Meanwhile, his shows on astrology were being aired abroad like in Dubai’s “Radio Spice”, Singapore’s “Radio Masti”, London’s “Lyca Radio”, “Sunrise Radio” and “BBC Radio” is being appreciated and treasured. Many Celebrities including Cricketers, industrialists, movie stars, politicians can vouch for his accurate predictions and timely guidance.

The Bharat Icon Awards hosted by MyDream TV USA are aimed at identifying significant personalities for the year 2020. Several other luminaries were also present during the award ceremony. Bharat Icon Award celebrates in the achievers, not the magnitude of their success but the intensity of the efforts they have put into their work.

The winners are honoured for their spirit, for their honesty, for making their dreams real, for their commitment to the society. To win an International Achievers Award, size does not matter; integrity does. Publicity : Aspire Communications. 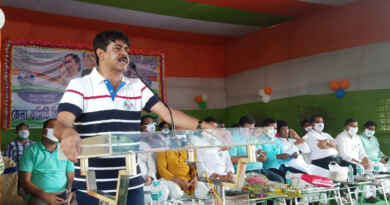 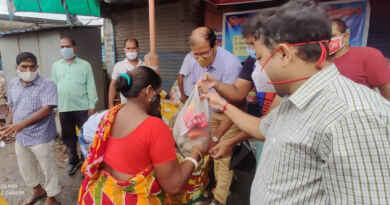 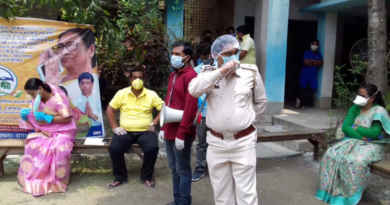