News Correspondent, abptakmaa, Kolkata, 15th July 2020 : The alumni of Indian Institute of Technology (IIT), Kharagpur, recently raised almost Rs 20 lakhs in two weeks for its hall workers. Named after Dr Rajendra Prasad, RP hall of residence is the first hall that greets us as one enters the hallowed institute amidst the sylvan surroundings.

Each Hall of residence has number of workers who are an integral part of the institute and its students. These include the kitchen staff, the cooks, the mess workers, the cleaning staff, the gardeners, the fruit vendors, person in charge of doing photocopies, the stationery and late night canteen folks.

Covid-19 and the ensuing lockdown have had unprecedented impact on the lives of all. IIT Kharagpur closed down on March 13 and the students were asked to go home on June 20.

“This was an initiative that was created spontaneously by our alumni and grew thereafter. One of our seniors, Anjan Ghosal had messaged urging to do something for the hall workers during this time of crisis. Within a fortnight, more than 130 alumni from RP Hall, across five continents communicated over messaging apps and emails to raise the amount. This was a voluntary act and shows the feeling and sense of gratitude the alumni have for the institute,” said Bhaskar Majumdar, one of the main initiators of the fund raiser.

Prof Uday Shankar, the warden of the Hall, said: “This was a noble venture carried out by the alumni. Within a week, we managed to get all the bank accounts of the 88 workers in the Hall and the alumni disbursed a sum of over Rs 20,000 to each directly to their bank accounts. The money received would make a substantial difference to the lives of 88 families. It feels great to see how these successful alumni still feel for their institute even after so many decades of passing”.

Earlier, during the lockdown, IIT Kharagpur had held a global Inter Hall Quiz which had also raised over Rs 50 lakhs from the alumni, and have been used to help the IIT workforce.

“It is heartening to know that alumni of these prestigious institutes, who had received state-funded education, have a sense of belonging and returning something back to their alma mater and country,” said Shankar. Publicity : Candid Communications. 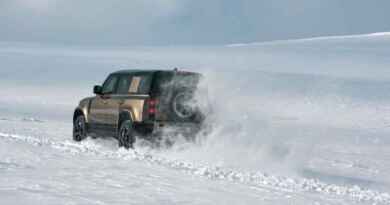 The wait for the icon is over : The new Land Rover Defender launched in India