Ambar Bhattacharya, abptakmaa, Kolkata, 18th Dec 2020 : What’s intriguing about the much awaited biopic of Shakeela is not just Richa Chadha playing her on screen to perfection but also Pankaj Tripathi who is playing the role of a superstar actor. Pankaj, riding high on the success of Ludo and Mirzapur, will be seen in his element. Dressed in snazzy clothes, the actor plays the part in all its glory.

Talking about it, Pankaj says, “I am thrilled that our little labour of love Shakeela is all set to release in theatres this Christmas. I am so excited about the film because I have worked with the very talented friend Richa Chadha in this film. I have a beautiful part in the film. I play an actor for the first time in my career. I have always wanted to play an actor on screen and bring out the idiosyncrasies of artists on screen. It’s an interesting and colourful character.”

The film releases is all set to release this Christmas across cinemas in India.

Trailer – Richa Chadha’s Shakeela promises to delve into the absolute truth of the adult star’s life!

Richa Chadha and Pankaj Tripathi starrer – Shakeela directed by Lankesh’s trailer has just been released. The film shows the real-life shocking story of one of the most hated and loved adult film star that shook the industry in the late 90s and early 2000s. The unlikely tale of a woman driven by circumstances of going from rags to riches to drags, tells the story of the real-life beyond the reel personality people have been familiar with. Such was the popularity of the actor, that her films were released in several languages including Sinhalese and Chinese; she gave the then superstars of the south a predominantly male-dominated industry a tough competition with beliefs mentioning that exhibitors would think twice to release any film in front of a Shakeela film!

Keeping this unique story and the absolute intriguing narrative of the person in question in mind, the makers of Shakeela has decided to reach the film far and wide. Becoming the first film post lockdown to release in over 1000 screens, the film will open in five languages – Hindi, Tamil, Telugu, Kannada, and Malayalam. Invariably, making this the biggest release for a film post lockdown, the trade has welcomed the film with open arms. At a time when most major studios are afraid to reveal their slate or announce their dates, Shakeela is taking a leap of faith to bring the audience back to the theatres. Vouching for their support to save cinemas, Shakeela is a film that promises to be bang for the buck.

Talking about it, director Inderjit Lankesh says, “Shakeela is truly a labor of love and commitment to show Shakeela’s story is iconic in so many ways. Her story is almost folklore today, but the truth is that so much happened to her while she soared to success from nothing and then came back to nothing again. I’m happy that our producers are releasing the film so widely, gives me the confidence to know that it’s a film that will appeal to the larger masses. To release in so many languages was important because that was the power of Shakeela.”

Speaking about the massive release set for the film, spokesperson of UFO said, “We at UFO are proud to give Shakeela the biggest release for any film in India post-Covid. We plan to release the film in close to 1000 screens over 5 languages which will be the biggest and highest for any film that has released in India post-pandemic. We at UFO are poised to provide films the required reach and penetration to each and every corner of the county with our strong and effective marketing and distribution network..We are also ensuring the film’s publicity was designed well in advance to ensure every theater gets all material and assets on time hence making it a not only a well-distributed but we’ll be marketing and publicized film across the nation”.

The film is presented and produced by Sammys Magic Cinema Motion Picture Production and distributed by UFO. ‘Shakeela’ will hit theatres on December 25. 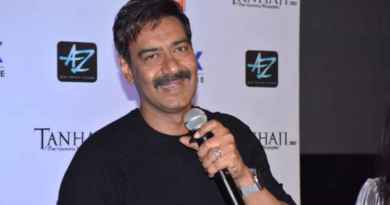 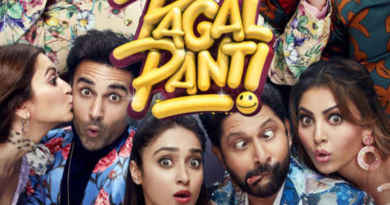 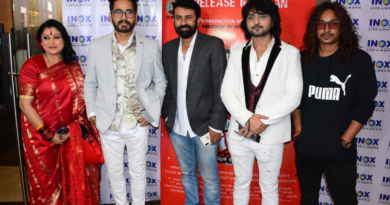