Desk Correspondent, abptakmaa, Kolkata, 7th Nov 2020 : Since its first edition in 2010, BACARDÍ NH7 Weekender has firmly cast its identity as a festival for music connoisseurs with a commitment to authenticity, that has earned it a one-of-a-kind label.

When one considers BACARDÍ NH7 Weekender’s immense popularity, it is important to note that no shortcuts were taken on the way to success. Audiences have been won over by the festival programming team’s genuine commitment to great music.

From a global perspective as well, the team have been quick to notice smaller independent artists in other parts of the world, and have many a time been part of the first wave to recognize talent that has later gone on to achieve cult-like status. A genuine excitement over the discovery of new music is reflected in the varied and eclectic lineups that have been produced year after year. Music fans resonate deeply with this sentiment, and appreciate the fact that they are represented and heard by a music festival that has never deviated from its mission statement.

“Our endeavour was to create a digital experience that is specially curated for BACARDÍ NH7 Weekender fans. The lineup showcases leading talent from India and the globe with emphasis on delivering a one of a kind performance”,  said Ashish Jose, Head of Programming, OML.

“We are extremely excited to bring India’s happiest music festival BACARDÍ NH7 Weekender to our fans in a virtual avatar. This decade-long legacy of bringing music and immersive cultural experiences alive, has only been possible with the undying support of the artists and our audiences. Despite numerous challenges this year, we’re really proud of what we’ve put together and thrilled to be announcing such amazing acts. We are committed to nurturing the Weekender state of mind while keeping everyone’s safety at the forefront and like every year, we will continue to celebrate the spirit of always doing what moves us”. said Sameeksha Uniyal, Senior Brand Manager, Brand BACARDÍ, India & South-east Asia.

Artists will be shooting their sets for this edition of the festival, and will be doing so from locations across the globe. In true Weekender spirit, they will perform on different virtual “stages”, meaning fans will have to make bittersweet decisions with regards to who to watch. The festival will share a programming schedule, so audiences can rest assured they won’t miss out on those whom they’re most excited to watch.

“There has always been a lot of love and thought that’s gone into planning every edition. The only difference this time was that we were looking at it through a different lens. From the little things like considering what material aspects of the on-ground festival would be possible to include, to ensuring that audiences could interact and enjoy shared experiences with artists, the entire approach has been to try to recreate that BACARDÍ NH7 Weekender community feeling in a virtual world. The support from BACARDÍ for the music community has been invaluable year on year and the team at PaytmInsider has played a crucial role in helping us make this happen virtually this year.”, says OML CEO Gunjan Arya.

A quick glimpse into what’s in store this year:

The Lumineers – the Grammy-nominated band from Denver, Colorado has received rave reviews since they first released music. In 2019, their single ‘Gloria’ topped the billboard charts, catapulting them into worldwide success.

Hiatus Kaiyote – The Melbourne based jazz-funk band have been celebrated ever since the release of their album ‘Tawk Tomahawk’ in 2012, with the track ‘Nakamarra’ being nominated for a Grammy, under the category of ‘Best R&B Performance’.

Phum Viphurit is a 22-year-old Thai-born, New Zealand-raised, singer songwriter based in Bangkok, Thailand. The indie-pop, neo-soul singer has made waves in the international music arena ever since the release of his single ‘Lover Boy’.

Oddisee & Good Company – Oddissee is one third of rap trio Diamond District, a beat maker most of the time, and a rapper when he feels like. His style features a light touch of jazz spread over soulful hip-hop.

Anuv’s music is often dominated by acoustic or clean electric guitars, with lyrics that talk about commonly-felt emotions, which make his songs extremely relatable. Songs like ‘Ocean,’ ‘Baarishein,’ ‘Riha,’ and ‘Maula’ have made an indelible mark on audiences.

Meet Nothing Anonymous, the electro-pop duo of Mumbai-based artists Nirmit Shah and Ambika Nayak. Dreamy synths, disjointed beats and smooth vocals make up their sound. Their debut EP, ‘Here to Stay,’ has been appreciated by audiences across the country.¬

Seasonal Affected Beats – Tarun Balani is a drummer, composer, percussionist and music educator living in New Delhi, India. He is considered one of the finest jazz drummers and composers in the country, and recently released his fearless and heartfelt album titled ‘Dharma.’

Raja Kumari – Raja Kumari is a force of nature whose mission is to create art that blends her Indian roots with her American upbringing. Her music is a sonic bridge between East and West, and fuses the rhythms she absorbed as a trained Indian classical dancer, with her love of hip-hop.

WCMT – Led by Ashwin Gopakumar, the band describes their musical genre as Indie-folk-alternative. The band consists of Pai Sailesh on the drums, Palee Francis on the keyboard, Achyuth Jaigopal plays the guitar and banjos and Ashwin Gopakumar is the lead vocalist.

Lifafa – As Lifafa, Suryakant Sawhney has spent five years exploring uncharted terrain in this part of the world: electronic music that not only speaks in sonics, but also of words and meaning. He is one of India’s leading Hindi electronic acts with a cult following

Taba Chake hails from Doimukh, Arunachal Pradesh. A singer-songwriter who plays finger-style guitar when performing, his music is inspired by elements of nature and tribal folklore, and has a soft and distinctive quality to it. He released his album ‘Bombay Dreams’ in 2019. His latest single, ‘My Other Side,’ sensitively explores heartfelt emotions and what it means to be human.

Rashmeet Kaur started her journey in music by learning Gurmat sangeet and harmonium from her mother when she was 6. Today, she has made a name for herself in Bollywood and is also part of a band. Rashmeet Kaur has performed with artists  like Shubha Mudgal, Shazia Manzoor, and Master Saleem.

Fopchu is a three-member electronic outfit from New Delhi. With Kaizad Nariman on vocals and guitar, Shantam Khanna on synth and drum machines, and Siddhant Subs on synth and bass, their sound is upbeat and sometimes dark, interspersed with old soul and jazz.

Vidya Vox – Vidya Iyer aka Vidya Vox, is a popular American singer and YouTuber. Born in Chennai, she moved to the USA with her family at the age of 8. Her music is influenced by electronic dance, rap, and Indian classical genres.

Hashbass – Harshit Misra aka Hashbass, is a producer, bassist and synth artist based in Delhi. He has worked with the likes of Prateek Kuhad, Sid Sriram and Kamakshi Khanna. Today, Hashbass is a force to reckon with in the Bollyjazz genre.

FINK began his career as a DJ making downtempo trip-hop before he made his foray into songwriting. He released his debut album ‘Fresh Produce’ with Ninja Tune and dropped the hit ‘Looking Too Closely’ in 2014.

Bollywood darling Shruti Haasan sang her first song ‘Thevar Magan’ when she was six. She made her singing debut in the film Chachi 420, and also sang bilingual versions of ‘Rama Rama.’ She recently released an original song called ‘Edge’.

Till Apes was first formed in 2018 and today, consists of Amrith Raghunathan, Soorya Praveen, Sange Wangchuk, Hanumankind, Philip John, and Gautam Davis. This Bangalore-based band’s only motive was to make people move to their new sound. Till Apes’ (Till All People Evolve Slightly) debut song, ‘Lift Off,’ had groovy beats and a catchy tune that made it an instant hit!

Yung Raja is a rapper and beat-maker who makes fans groove with his infectious rhythms and rhymes. He is known for his bilingual rapping style and a passion for music. He is greatly inspired by Tollywood megastar Rajnikant!

Kalamkaar Showcase was introduced by Raftaar aka Dilin Nair. The band launched several artists under their brand. During his initial days, Raftaar started merging songs to make a medley. Karma, Kr$na, Rashmeet Kaur and other independent artists have been associated with the band. The album ‘Zero To Infinity’ was released in 2018 and gained immense popularity among fans.

Aavrutti + Guests-  Aavrutti are a young revolutionary hip hop collective of four talented members who were mentored by Divine. After ‘Stage,’ the band is preparing to release ‘Naya Zamana’ which talks about the live experience of backstage anticipation.

Prateek Kuhad is a leading independent singer-songwriter. His mesmerizing voice and cinematic songwriting has taken the world by storm. The album ‘Tokens and Charms,’ released in 2015, catapulted him to international success.

Get a sneak peek into the festival ground here : www.nh7.in. Publicity : Actimedia. 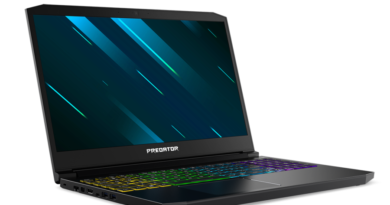 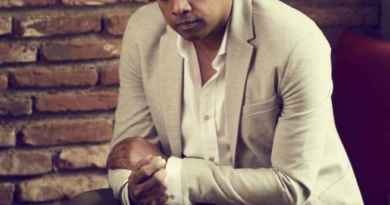 Discovery Plus exclusive documentary, ‘COVID-19: Iindi’s War Against The Virus’, the story of the country’s fight against the deadly virus 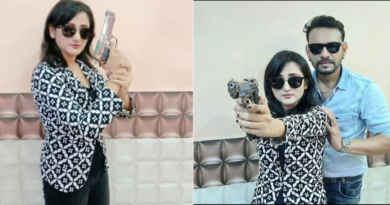