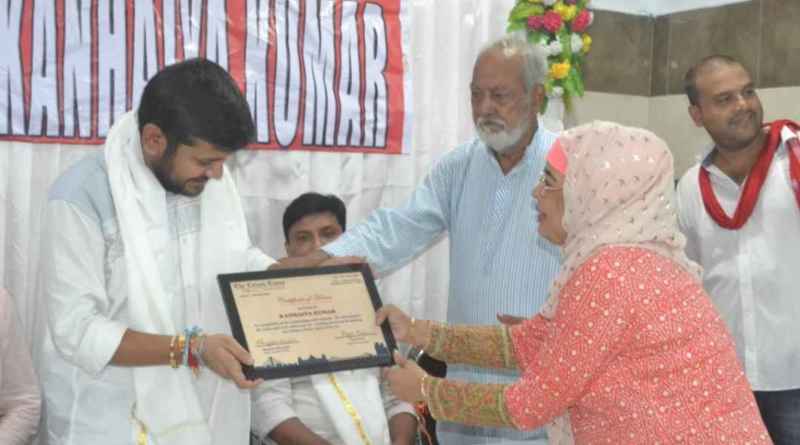 The Chief Guest was Dr Kanhaiya Kumar along with other guest present were Prosenjit, Md Ali Ramsh , Sudip, Md Atiqur rahman and many others .

The entire event a co hosted the event with Shagufta Hanaphie editor and co- owner of Launcherz PR and Events .

All guest were greeted by Uttariya and Dr kanhaiya kumar was presented a cerificate of Honor. Since today was Rakha Bandhan the ocassion was also celebrared by tieing Rakhi on the guests. Exchange of good thoughts and making Our Nation a better place was the only motto of the young Hero ..

Be it Young , enthusistic crowds , be it doctors of locality, be it teachers . be it house wives or be it an old men near about 80”s all fans were taking selfies .. Tired and exhausted Kanhaiyya still gave them time and cherish them all ..

“We have gone and visited him during the election campaign at Begulsarai and he kept his words and agreed to be our guest today . We should have Sons like him who think to unite the country in oneness and not dividing it just for mere gains .” said Abdul Zahid Hanaphie , Convenor and Co organiser .

Dr.Kumar spoke of NRC but showing the path of oneness was only motto . To stand by each other and not letting the government make fools of public by playing the same dirty game what the British once played .His speech was short and straight. Near about 1000 people gathered today at the general meet. Though the program was only by invitation there was a crowd to just get a glimse of the Nations hero. 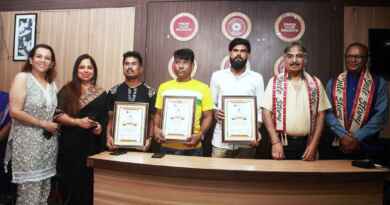 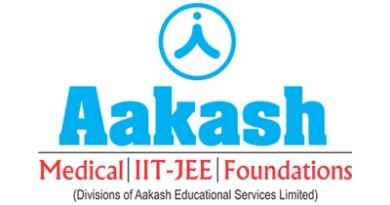 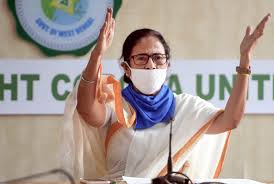