News Correspondent, abptakmaa, Kolkata, 26th Nov 2020 : On  International Day for the Elimination of Violence against Women, FIFA, the World Health Organization (WHO), the European Commission and the European Parliament Sports Group have joined forces to raise awareness about the risk of domestic violence and call for an end to violence against women and children.

Following the joint campaigns earlier this year, the renewed #SafeHome campaign is a joint response to be launched on the International Day for the Elimination of Violence against Women on 25th November.

The announcement comes as the COVID-19 pandemic continues to affect populations across the world and stay-at-home measures are re-introduced in many countries, putting both women and children experiencing abuse at greater risk. Of importance in this context is the recently published EU Strategy on victims’ rights (2020-2025).

“Violence has no place in our society, and sports and football are no exception. FIFA is fully committed to continuing our work with leading international organisations to help end violence, by using football as a platform to raise awareness on this and other key issues facing society today.”

“The world must remain steadfast in our efforts to end violence against women and girls. Preventing and addressing this pervasive violation of human rights should be a key part of every country’s response to COVID-19,” said Dr Tedros Adhanom Ghebreyesus, WHO Director-General. “Every one of us must stand with survivors to ensure that they are safe and receive the support and essential services they need at all times.”

“Violence against women and girls is a violation of human rights, and has no place in the European Union, or anywhere else in the world. This pandemic is a test for humanity. It has led to heightened exposure of women and children to domestic violence. We must eradicate this shadow pandemic.

“I’m honoured to be part of the #SafeHome joint campaign on the International Day for the Elimination of Violence against Women.

“We all have a duty to speak up to protect women’s rights and fight any form of violence and this is particularly important during the current circumstances, with confinement often increasing the risk of domestic abuse. Let’s harness the power of sport to raise awareness of this issue and strive to put an end to violence and abuse.” added Mariya Gabriel, EU Commissioner for Innovation, Research, Culture, Education and Youth.

“With almost one in three women worldwide having experienced violence at some point in their lifetime, domestic violence has devastating impact on the lives of so many within society.

“30 % of women around the world have been raped, beaten, forced to act or abused at least once in their lives. This is a real scourge that we must tackle without hindrance, at all levels of government and on every ground.

The campaign is aimed at the general public and decision makers (including recommendations to governments) to not only raise their awareness of the risks, but also what actions they can take to prevent and mitigate these risks.

The campaign is being published on various FIFA digital channels, with #SafeHome also being supported with multimedia toolkits for the 211 FIFA member associations and for various media agencies to help facilitate additional localisation and to further amplify the message worldwide. 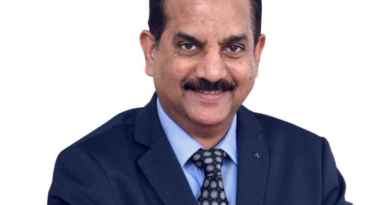