Desk Correspondent, abptakmaa, Kolkata, 29th June 2020 : Minda Industries limited (‘MIL’) has announced its results for quarter and year ended March 31, 2020.  The company has been able to limit the decline to some extent due to diversified product portfolio, customer mix, cost management drive and our focus on enhancing kit value. At a consolidated level, the company registered revenue of Rs. 1,339 Cr in Q4 FY 20 as against Rs 1,486 Cr for corresponding quarter i.e., Q4 FY19, registering in decline of 10%. For FY20, the revenue was Rs. 5465 as against Rs. 5908 in FY19.

PBT before exceptional items for Q4 FY20 was at Rs. 35 Crs. as against Rs. 110 Crs. in Q4 FY19. The decline in PBT is largely on account of lower operating leverage, suspension of production due to COVID -19. The finance cost for Q4 FY20 was Rs. 21 Cr., marginally higher that Rs. 20 Cr. reported In Q4 FY19. The depreciation number is higher by Rs. 14 Cr for this quarter largely on account to consolidation of Delvis and capitalization of Sensor and Controller plants in standalone entity. PBT for FY20 is Rs 266 Cr as against Rs 455 Cr. for FY19.

In addition to this, the merger process of 4 wholly owned subsidiaries is complete. The objective of this merger is to realize synergies and economy of scale benefits, besides strengthening the Balance Sheet. Publicity : Perfect Relations. 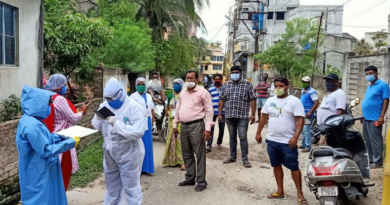