News Correspondent, abptakmaa, Kolkata, 14th Feb 2020 : Titagarh Wagons Limited (BSE: 532966|NSE: TWL), a flagship company of the Titagarh Group, has further reiterated its commitment towards the Government’s vision of ‘Make in India’, by successfully commissioning the second Research Vessel – SAGAR ANVESHIKA, post its grand launch in August 2019. With both the successful commissioning of SAGAR ANVESHIKA and SAGAR TARA, Titagarh Wagons has become pronably the only private shipyard to build and deliver research vessels in India. SAGAR TARA, the first of the Coastal Research Vessels which was built for National Institute of Ocean Technology, Ministry of Earth Sciences, Govt. of India, was delivered to NIOT in August 2019. Since delivery, more than 15 scientific cruises have been undertaken on SAGAR TARA and the scientists who sailed on her have complimented Titagarh for delivering an excellent platform for research which is very comfortable for sailing and has probably the most number of scientific instruments out of any research vessel in India.

SAGAR ANVESHIKA, was launched four months ahead of schedule despite being a complex technologically advanced platform, which will enable scientists to conduct various oceanographic research missions aboard her. Both ‘SAGAR ANVESHIKA’ and ‘SAGAR TARA’ houses state-of-the-art laboratories equipped with modern scientific instruments.

The significant event of the vessel launch for NIOT was graced by the august presence of Chief Guest Dr. M. A. Atmanand, Director NIOT, Dr. D. Rajasekhar, Project Director, Vessel Management Cell, NIOT, Mr. B. K. Thakur, Project Director, Ministry of Earth Sciences, Govt. of India and Mr. Jagdish Prasad Chowdhary, Executive Chairman, Titagarh Wagons Limited. Keeping with the tradition, the signing of the protocol of delivery and acceptance of the vessel marked a momentous occasion commemorating a significant milestone in the company’s history. Following the invocation and traditional puja ceremony, the august dignitaries sailed on a short cruise aboard the vessel, with senior Scientists of NIOT, MoES, demonstrating the on deck machinery to the distinguished guests.

In February 2017, Titagarh had signed a contract from National Institute of Ocean Technology under the Ministry of Earth Sciences, Government of India for design, construction and delivery of two high end coastal research vessels valued at INR 100 crore.

Dr. M. A. Atmanand, Director National Institute of Ocean Technology (NIOT), commented, “Titagarh Wagons has again showcased their technical prowess in dealing with the complexity of manufacturing and commissioning before time yet another vessel for the advancement of ocean technology and research in India. With these two new vessels, SAGAR ANVESHIKA and SAGAR TARA, that NIOT will now proudly own, our research and exploration competencies will amplify further, benefiting the country and her citizens in multiple dimensions. It is praiseworthy for Titagarh that the first vessel Sagar Tara has been achieving low vibration and noise levels – critical for good performance of a Research Vessel. Augmenting Coastal and Oceanic Research capabilities of the country have always been a priority for the Indian Government. Even more, when India’s private sector participation in partnering the Government is seen at an optimal high boosting the vision of ‘Make in India’. I congratulate Titagarh Wagons along with each and every partner who has made this project possible at par with international standards.”

Elaborating about the successful commissioning of the second research vessel, Mr. Jagdish Prasad Chowdhary, Executive Chairman, Titagarh Wagons Limited, stated, “On behalf of the entire Titagarh Wagons family, our team of shipbuilders has given us great satisfaction today riding on excellent project management capabilities and by delivering the vessel on time. As a company we are substantially contributing to India’s naval security and helping to augment research technology. We have earned the unique distinction of launching four ships within a record time. On behalf of the entire Titagarh Group, I thank the delegation from Ministry of Earth Sciences and NIOT who have graced today’s occasion and have inspired us to continue our mission of ‘Make in India’, by building quality ships for Government and Defence sector.”

Both SAGAR ANVESHIKA and SAGAR TARA vessels are equipped with more than 40 scientific equipment in its on board laboratories which will further the cause of scientific research in India to a large extent. They will probably be the most advanced and modern research vessels in India with such a large number of scientific instruments, infact, it is rare to see such complex instruments all fitted on such small research vessels. Despite the challenges, Titagarh Wagons designers “Sea-Tech” from Singapore and the shipbuilders achieved this momentous feat. The vessel also features a Drop Keel which houses the various transducers of scientific analysis equipment such as Multibeam Echosounder, ADCP, Sub Bottom Profiler etc. It is important to note that the Drop Keel was designed and manufactured by TWL and for the very first time in India. The vessel is equipped with a retractable Bow thruster along with its 2 nos. Main Engines and 3 nos. Diesel Generators which make it DP1 capable. The vessel has demonstrated very good sea keeping, stability and extremely low vibration levels during its various trials. These are all very important parameters to keep in check while building a Research Platform to ensure accuracy in readings of the various Scientific equipment fitted on board. The vessel shall now be deployed on various Scientific expeditions by the Ministry of Earth Sciences and is capable of accommodating 20 people including 10 scientists on board for15 days’ endurance.

From a key player in the railways, urban transport and defence sectors in wagon manufacturing, TWL has transformed into a diversified multinational, making coaches for local trains, metro coaches, passenger trains and shipbuilding apart from special projects for India’s defence establishment. Titagarh Wagons is the only Indian Company to have access to technology for manufacturing Metro Coaches through its wholly owned subsidiary Titagarh Firema S.p.A in Italy.

Dr. D Rajasekhar, Project Director, VMC, National Institute of Ocean Technology, stated,” We are extremely happy by the sense of professionalism of Titagarh Wagons. I would like to congratulate the team of designers, engineers, technicians, quality controllers and the members of the overseeing team for their tireless efforts in successfully achieving this momentous milestone. These vessels are versatile ocean observing platforms equipped with advanced scientific equipment and mechanical handling equipment for oceanic survey, observations and explorations. It is rare to see a private shipyard deliver such complex platforms ahead of schedule and with such great quality and finish.”

Titagarh Wagons has already obtained new orders from Government of West Bengal for building small vessels and has participated in various tenders. These orders are likely to be from Indian Navy, Indian Coast Guard, Inland Waterways Authority of India, Shipping Corporation of India. Publicity : Perfect Relations. 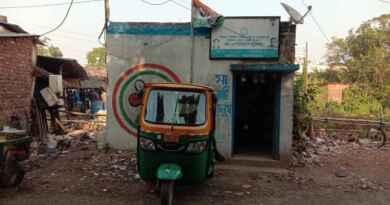 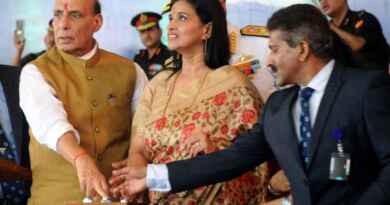