Ambar Bhattacharya, abptakmaa, Kolkata, 4th July, 2019: WinZO Games a vernacular e-sports gaming platform and a pioneer in revolutionising the online gaming market by introducing games in 8 vernacular languages, today introduced games in Bengali language to cater to the ever-increasing subscriber base in West Bengal. With a total of 2 lakh subscribers being added in its fold from major cities of Kolkata and Durgapur. Traditionally, Kolkata has been a city that has been renowned for arts, culture and love for food, with this transition the city manifests a new paradigm shift towards online gaming platforms that are seeing greater participation and burgeoning bandwagon. The online gaming market, especially in the e-sports category has evolved significantly in West Bengal and continues to bolster.

India’s gaming industry is witnessing a watershed moment, propelled by increased penetration of smart phones, especially in the Tier II and Tier III cities. Led by- better connectivity, different & new modes of social interaction, and a growing young population, smart phones are turning out to be an effective medium of entertainment, replacing all other mediums.

WinZO is currently offered in 8 languages namely: English, Hindi, Bangla, Tamil, Telugu, Kannada, Gujarati and Marathi, bringing social play and ‘Skill Game’ experience across more broad-based genres such as casual and multiplayer gaming experience in the hands of first-time smartphone users in Tier 2, Tier 3 market. More than 75% of the users are using the app in Non- English language. Hindi being the most preferred language with 49% user base followed by Gujarati 6%, Bangla 4%, Marathi 4% and Southern languages 6% (Tamil, Kannada and Telugu).

WinZO, a Kalaari backed Series A venture, has been dubbed as the ‘Netflix of Gaming’. With all your favourite games available on a single platform, you will never miss out on entertainment on WinZO. WinZO currently hosts 25+ games on its platform and 5 million+ install base in just one year.

Commenting on this Mr. Paavan Nanda, Co-founder WinZO Games said, “More than 75 per cent of our users are using the platform in non-English languages and 90 per cent content is consumed in non-metro cities across 200 different cities across India.Our focusis on vernacular users and providing personalised content to them.With WinZO, we have built a stable monetization model for the casual gaming genre in India, by taking a very non-traditional path-breaking approach to reach this audience.

He Further Added “WinZO is building its community online and offline by engaging YouTube and TikTok influencers in a very personalised manner.”

With an aim to strengthen the influencer community, WinZO has started an influencer-focused feature, ‘WinZO Superstar’ across India. Through this, it is inviting the influencers to partner with WinZO. After registering for this feature, these influencers are provided with specific links to promote WinZO on their social media handles for which they are rewarded. WinZO offers these influencer’s opportunities with high-earning potential that varies from Rs. 25,000 weekly to Rs 5 lakhs monthly, basis the leader board on the app. Many such influencers come from West Bengal itself.

This feature is empowering social media influencers with parallel earning and employment opportunity and has created an innovative and stable incentive channel for these local influencers on a larger scale to support every effort they make to promote the platform.  WinZO is helping these micro influencers to grow their reach on their respective social media handles by featuring their content on their app and social handles as well. Currently WinZO has collaborated with 20,000+ such influencers and is building a strong locale around the same.

WinZO has helped these micro influencers to envision the bigger possibilities in life and achieve what they have always dreamt of. Video content of these influencers is featured directly on the app, where they get a chance to garner 50 lakh eyeballs, hence an opportunity to grow with the platform itself.

India is witnessing the biggest revolution of all times, with 300 million people coming on smart phones for the first time ever. This number is projected to almost double by 2022 to 500 million people. This entire set of upcoming Smartphone users will create immense opportunities for E-sports to flourish, engage people and create a localized experience. In India, E-sports as a category in the gaming industry is a new concept and the market is tipped to grow at a very large scale. Publicity : Perfect Relations. 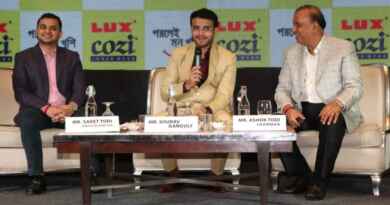 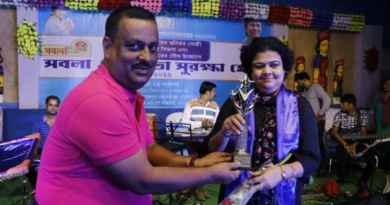 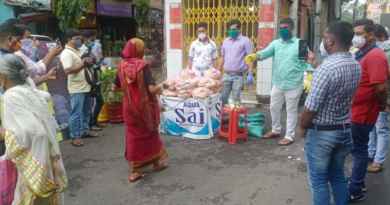