News Correspondent, abptakmaa, Kolkata, 17th June 2020 : Nepotism exists in every industry. However, its effects are far lasting in the film industry and is mostly spoken about in relation to Bollywood. Dr Sanjay Garg, Consultant, Department of Mental Health and Behavioural Sciences at Fortis Anandapur, discusses why actors face the maximum pressure of nepotism and how it can be dealt with.

Nepotism, as an entity, definitely exists in every industry. As a concept, nepotism, or the act of preferential treatment towards relatives or acquaintances, thereby hiring and promoting them over others, has been present for years. As a practice, even though it carries a negative connotation, it perhaps makes good sense in certain contexts, which might explain why it has continued over the years. In case of businesses, specially at a time when recruitment had not reached its current level of sophistication and advancement, it made economical sense to hire and induct from a known pool of individuals. From the economic standpoint, another motivator may also be the desire to preserve wealth within the family. Many children who would take interest in their family’s work and participated in it from a young age, had an already acquired familiarity and experience in the field. This made it easier for them to demonstrate competency in their line of work, making them a natural choice for the task. There’s also the understandable concerns over loyalty and trust, which is instinctively perceived to be higher when family members are involved. It is also often believed that a family member would have a greater sense of commitment towards the family business since it is not just a job for him or her. Common sense may also dictate that a familiar environment at work is helpful for motivation and morale. Although all these reasons may seem logical, they do not necessarily prove to be true in the real-world.

The problem with nepotism primarily arises when, like most things in life, it is taken too far. When more deserving and skilled individuals are overlooked in favour of familiar ones, everyone suffers. At the very least, the practice is unjust. Success at work should, in an ideal world, depend only on talent, skill, and effort. To bring anything else into the equation makes the game skewed to begin with. The reason why nepotism is a sore point for many today and is considered a form of corruption, is the unfairness of it and the helplessness inherently associated with the practice. If we think about it, talent and skill can be cultivated, effort can be heightened, but you cannot change your lineage at will. What this basically implies is that considering nepotism exists, unless one is born into a family of influence, they are destined to struggle and potentially fail to reach their deserved position. From a more global perspective, industries may suffer too because of nepotism. The quality of work is compromised when ancestry is prioritised over competence. A sense of entitlement and favouritism may breed resentment among other workers and create an unhealthy work environment. Overall, growth of individuals and industry suffers with irrational nepotism.

The film industry, and specifically Bollywood, may not necessarily have a greater or lesser degree of nepotism compared to any other industry or setting. The reason that nepotism is mostly talked about in the context of Bollywood is perhaps due to the public nature of the industry as a whole. Bollywood, for most people, has an allure to it. Many are fascinated by the world of cinema and are keen to know as much about it as possible. Thus everything that happens in Bollywood is much more accessible and fascinating for people. The same things happening in another industry may not be as appealing for public consumption. Also, Bollywood, if considered as one industry, is a monopoly of sorts. For most other settings, if one has been a victim of nepotism in one organization, they can try their luck at another. But being a victim of nepotism in Bollywood as a whole, may make it difficult for the individual to find any kind of meaningful work in the industry, thereby directly compromising his earning potential. Also the stakes seem much higher in the film industry, where getting your first break itself may be a huge investment, or where one project can make or break a career. The path to getting into the industry itself is ambiguous and does not follow a clearly demarcated steps as in the case of many other careers. So perhaps not just actors, but nepotism potentially becomes a stumbling block for all the different categories of people involved in film making like directors or crew.

As in the case for most industries, nepotism in the film industry cannot be expected to disappear overnight. For the foreseeable future, one would need to accept and make peace with it since deep rooted practices are difficult to abolish swiftly. A very positive development is that a dialogue surrounding it has at least been created. The more we talk about it, the more apparent it becomes, and the greater are the chance of positive steps being taken. Thus, awareness, is definitely key.  On a personal level, one needs to be highly perseverant and determined because it is expected that in the absence of influence, they will have to work that much harder. A long hard search within the industry should reveal some people who stand against the idea of nepotism and are keen to give a fair chance to people based solely on merit. The silver lining is that there are growing examples of people making it big despite the lack of clout. That can perhaps be a source of motivation and inspiration. Having alternate plans is another way to ensure that everything does not seem to fall apart when nepotism comes in the way of your success.  This is true in case of most careers and even education; one must try to keep back-up options for sustenance in case one does not work out. The importance of robust social support cannot be emphasized enough. Fellow victims of nepotism, loving friends, family members who understand, can all be an antidote to the frustration and dejection that naturally stems from consistently feeling unaccepted or undervalued. United efforts are more likely to succeed; thus forming a collaborative front to fight against this practice is also crucial. For one person to battle against an age-old custom alone, the journey can get extremely exhausting and disappointing. Many old, toxic customs have been abolished or at least, been diluted significantly. Let us hope that with the conversation that has been initiated, surrounding nepotism, there is renewed vigour and more dedicated and continuous efforts to end this practice too; so that talent and hard work are the only requirements for success and recognition; so that fame no longer remains dependent on name. Publicity : Carpediem Communique.

Banker treated back to health from the jaws of death; celebrates 25th anniversary at Apollo Kolkata ICU 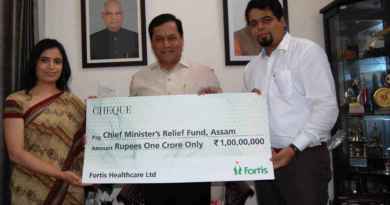 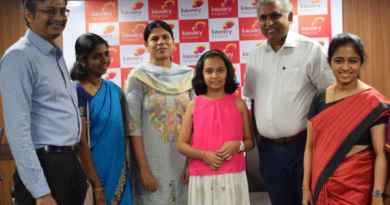