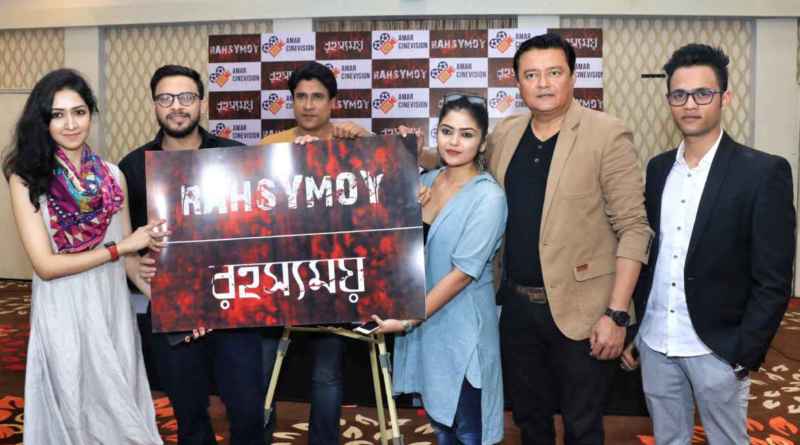 News Correspondent, abptakmaa, Kolkata, 23rd Feb 2020 : The title of a locked room mystery named ‘Rahsymoy’ (রহস্যময়), directed by the director duo Soumyaa Supriyaa and produced by Amar Cinevision (P) Ltd was unveiled at HHI, Kolkata recently. Renowned Actor Saswata Chatterjee along with Sayoni Ghosh, Anindya Chattopadhyay, Amrita Chattopadhyay, Aryaa, producer of the film Mr. Chhaliya Srivastava of Amar Cinevision along with directors of the film Soumyaa Ghosh and Supria Bhattacharjee were present at the occasion. The unveiling was followed by an introduction of the lead protagonist debutant Aryaa.

Suspense at its core, “Rahsymoy” explores the quest to solve a perfect crime. The story of the film essentially revolves around Aditya, Esha, Abhimanyu and Tithi. The lead pairs of the story Aditya-Esha and Abhimanyu-Tithi work as IT professionals and live in the same apartment on two opposite flats. All of a sudden, DCP Anish Roy, the Investigation officer who receives a phone call early in the morning informing him about the death of Abhimanyu in his bedroom and Tithi is found on the floor lying unconscious. It is found in the investigation that the room was locked from inside. Even the windows of the room was locked from inside. Is Tithi the murderer or is there any other mystery to be unfolded?

Speaking on the occasion, Soumyaa Ghosh said, “RAHSYMOY is going to be very special project for us. We are extremely thankful to Amar Cinevision for this wonderful opportunity. We are eagerly looking forward to working with the talented actors we have on board. We also have debutant actor Aryaa who is extremely well trained from a number of premium acting schools of the country.”

Supria Bhattacharjee said, “Rahsymoy is definitely going to be one of the best thrillers of the year. The script has been brilliantly written by Padmanabha Dasgupta. We are hopeful to do justice to this wonderful script when we go to the shooting floors. We have some amazing star cast. So the audience can definitely expect some power packed performances in the movie. Nabarun’s music will also add a different dimension to the movie.”

Mr. Chhaliya Srivastav, Producer said, “RAHSYMOY is our first venture into the Bengali movie industry. Audience has always liked good thrillers and Rhsyamoy is definitely going to be an exceptional thriller. We are also immensely thankful to the cast and crew who have come forward to be on board for this ambitious project. We hope that the audience, media and critics will love the movie and will give us inspiration to come up with many more projects in the future.” Publicity : Candid Communication. 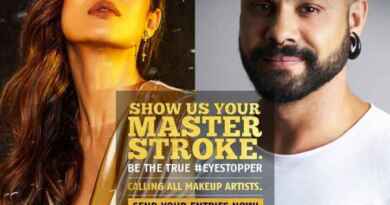 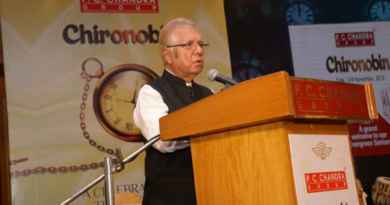 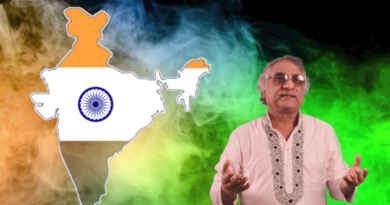