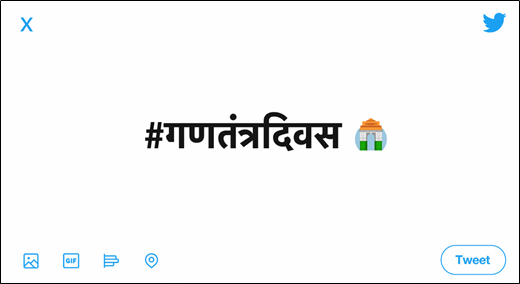 News Correspondent, abptakmaa, Kolkata, 25th Jan 2020 : With the nation gearing up to celebrate its 71st Republic Day, Twitter India has launched a custom emoji to mark this momentous occasion.

The specially designed emoji depicts the India Gate lit up in Tricolor, paying homage to the grand Republic Day Parade in the country’s capital.

The Office of the Hon’ble President of India Shri Ramnath Kovind (@rashtrapatibhvn) will be Tweeting with the emoji on January 25th during his address to the nation, as citizens across the country take to Twitter to participate in public conversation.

The emoji will be live until 30th January, 2020 and will be available in English as well as ten Indic languages, including Hindi, Tamil, Telugu, Kannada, Malayalam, Marathi, Bengali, Gujarati, Urdu and Gurmukhi.

Indians across the globe can participate in the Republic Day conversations and celebrate with the emoji using the following hashtags:

Mahima Kaul (@misskaul), Director, Public Policy, India and South Asia, Twitter India, said, “A powerful means of expression, emojis allow people on Twitter to communicate so much more than they could with words alone. They evoke emotions and ignite conversations, while transcending the barriers of language. With this in mind, we strive to create and curate exclusive symbols around moments that matter to our diverse Indian audiences around the world. We believe that the 2020 Republic Day emoji will resonate with Indians across languages, cultures and time zones, giving them yet another reason, and way to celebrate and participate in public conversation.”

This is the fifth year Twitter has supported Republic Day in India with a custom emoji. Twitter also supports Independence Day, Diwali, Republic Day, Gandhi Jayanti among other key milestones and events, with innovative emojis that are specifically designed with Indian culture and sentiment in mind. Publicity : Carpediem Communique. 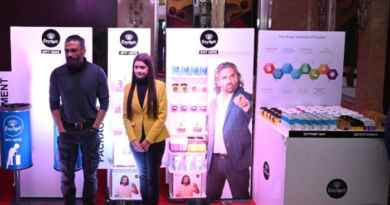 A unique step for cleanliness by the youth of the country