Business impact is inevitable and could lead to large-scale job loss.

Although the lockdown has hit their industries hard, the panelists were unanimous in their praise of the government for taking the bold yet necessary step of imposing a nationwide lockdown at a relatively early stage. As a result, the revenues for the apparel and restaurant businesses have shrunk significantly. The operating expenditures in the restaurant business are very high, and with revenues almost down to zero, it is becoming difficult to pay salaries to employees. Meanwhile, apparel businesses could face revenue losses of up to 40 percent, and many small and medium players in the apparel industry are contemplating closure of business. Unless the government provides timely assistance, there could be a loss of almost a crore of jobs across the entire textile chain. Kumar Rajagopalan of RAI pointed out that the shutting down of marginal businesses would have a multiplier effect on allied sectors.

The industries expect government support for only a short duration – just long enough for them to survive and ensure, in turn, the survival of millions of livelihoods.

The panelists estimated a revival time of between 9-12 months for their industries, and categorically stated that they didn’t expect government support for that long. They said that they would, however, appreciate government help for a period of 2-3 months including the lockdown – interim support that would help them survive and, in turn, protect the livelihoods of the people dependent on them.

Anurag Katriar of NRAI stressed the importance of approaching the crisis from a humanitarian, people-focused approach. “It is our responsibility as job providers to ensure that our employees keep their homes running. If someone loses their job during this time, it might be difficult to get a new one, at least for a while. The industry will collapse if no help comes our way soon. We need the government to give us the tools to live to fight another day. We need a substantial stimulus package. There have been some policy changes on the anvil for a while; now would be a good time to implement them.” He also suggested measures such as relaxing the tax burden on businesses, allowing the withdrawal of provident fund up to three lakh rupees, and deferring statutory payments.

Rahul Mehta of CMAI pointed out that almost 80 percent of the garments industry falls under MSME business category – more on the micro business side than any other – and would therefore be impacted much harder. He suggested wage subsidy as one of the possible solutions to retain workers and expressed hope that the government would help with providing working capital and an incentive package to restart the industry.

Kumar Rajagopalan expressed concern that, without support, many of the small apparel businesses and retailers might have to shut shop. He also encouraged businesses to explore alternate means of financing and pointed to some ways in which the government could help. These included waiving property tax and minimum charges for electricity, and easing of licensing norms. According to him, these were not asks but areas that needed to be addressed, things that brought about ease of doing business in the post-lockdown scenario. He highlighted the fact that various industry associations need to work closely as they are facing the exact same issues – working capital and retention of people. There’s a strong case for collaborating and leveraging each other’s resources, both during these times and after.

BS Nagesh of TRRAIN urged businesses to think of the likely situation for the next 9-12 months and beyond and reassess their business strategy accordingly. “If your business is down by 40 percent, will you be able to run it at 100 percent? We need the government to support us in ways that will enable us to pay salaries; we want them to help us with working capital. In the meantime, businesses must re-assess their business plans.”

The recovery period after the lockdown could see a significant change in business approach. Anurag Katriar believes that the restaurant industry will be in for a tough time and that restaurants will have to revamp their communication approach to reassure customers of safety and hygiene.

Rahul Mehta of CMAI, meanwhile, opined that the apparel industry would need to rethink its volume-driven strategy, and relook the scale of their operations and their pricing policies. “Manufacturing won’t commence for another 2-3 months from now, except to complete the work that’s already in process. Retailers won’t take fresh orders at least until the festive season. The apparel manufacturing industry will need to focus on the one aspect it has largely disregarded so far – productivity.” He also said that the recovery phase of the industry would provide opportunity for boosting exports and reducing imports.

Consumer behaviour will change for good, after the pandemic passes.

The lockdown has triggered a spike in online purchases among consumers. While this is limited, for now, to essential products and services, it is likely to extend to other categories once the lockdown is lifted. This, however, is unlikely to put permanently consumers off shopping in-store. Mehta reckoned that consumers would get over the fear in a few months, but that online apparel shopping was here to stay. He said that the CMAI was working with the government to introduce standard Indian sizes for apparel so that consumers would know that the garment they choose online will fit them perfectly as long as they specify the size correctly.

BS Nagesh pointed out that consumers and businesses are no longer on opposite sides of the table. Consumers are now a part of the value chain and have an important role to play in reviving the economy. He expressed the hope that, after the lockdown, Indians would come forth and spend money not only on essentials but also on discretionary items – to both mark and celebrate India’s economic revival. Publicity : Edelman. 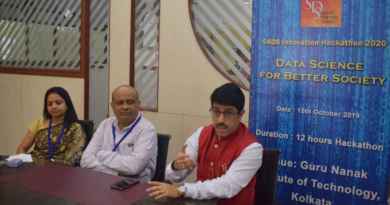 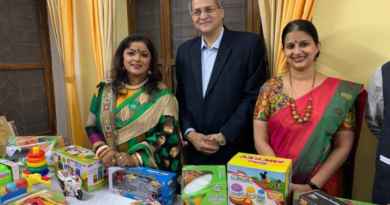