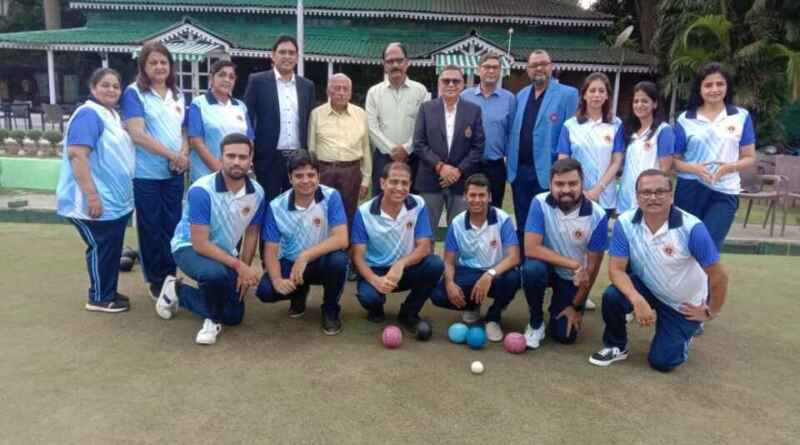 Debkumar Mullick, Takmaa News, Kolkata, 23rd Sept 2022 : Lawn bowls, the sport which caught the eye and interest of everyone in India during the recently concluded Commonwealth Games, has been played in Kolkata for over 125 years at the RCGC Maidan Tent Greens. The West Bengal Lawn Bowls team had contributed as many as 7 medals out of 8 events in the last National Games held in Kerala in 2015. These medals included 2 Golds which was one of the most significant contribution from any sport in Bengal’s total Tally of 7 Golds across all 33 sports at the Kerala Nationals in 2015.

The Bengal Lawn Bowls Team is once again looking confident of contributing richly to Bengal’s Medal Tally at the Gujarat Nationals which will commence from the 27th of this month. The team has been preparing for the Nationals at the RCGC Greens and will participate in all 8 events to be held at Kensville Golf and Country Club, Ahmedabad from the 28th of September to 5th of October.

The Bengal team selected for the National Games has great mix of experience and youth in their squad, Samit Malhotra, Double Gold Medalist from the Kerala Nationals is heading the Men’s team, along with Soumen Banerjee who was the Bronze Medalist in the Men Singles in Kerala. Joining him will be Agnesh Verma, Singles Gold Medalist, Akhsat Musaddi, Gold Medalist in Men’s Triples and Chandan Shroff Silver Medalist in Men’s Pairs at this year’s Netaji Subhas State Games. The youngest member will be Karan Chowdhary, who won Silver and 2 bronze medals at the Khelo India Youth Games and Silver and Bronze medals at this year’s Netaji Subhas State Games accompanying the team as the reserve player.

​“We are very optimistic that our squad will put up another stellar performance at these National Games despite of the presence of all the Commonwealth Games Medalists from different States” says Mr. Devesh Srivastava President of West Bengal Bowling Association, “after all we won our Gold Medal in Kerala in 2015 in Triples beating three of the Commonwealth Silver Medalist Dinesh, Sunil and Chandan who were playing for Jharkhand in the finals” recalled Mr. Srivastava who was part of the Triple and Fours team back then, when the Bengal Men’s triple and Fours team remained unbeaten in the entire Games along with S V Pai and Samit Malhotra. “We will miss S V Pai’s presence in our squad but he has more important duties to attend to as the Tournament Director for these Nationals and hence had to sacrifice his playing spot.” added Mr. Srivastava who will be there with the Bengal Team as their coach.

“I am sure the youngsters will grab this opportunity with both their hands and will fill in well in our shoes” said Mr. S V Pai who is also the Secretary of the West Bengal Bowling association. “They are all playing really well as we saw in the State Games, they will rise up to the challenge at the National Stage.”

“We are really proud that as many as 10 out the 12 players are members of RCGC” said Mr. Rohan Ghosh Captain of RCGC. “We have always supported the State Team and Association through the years in extending our facilities for practice as well as providing the venue for the Netaji Subhas State Games every time. We have also held the Lawn Bowls Nationals at the RCGC Greens in 2013.“ The Bengal team back then had won 5 Golds 2 Silver and 1 Bronze in 8 events in their best ever showing at the nationals.

Addressing the August Media were:

We wish the Bengal Squad all the best for the Gujarat Nationals. 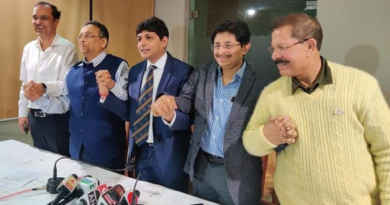 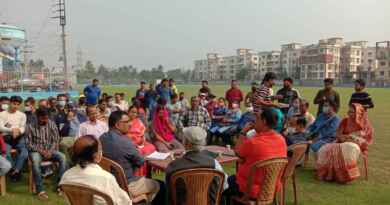 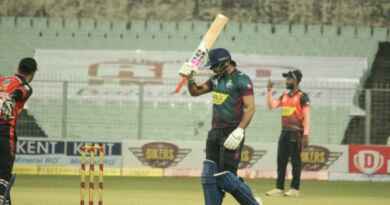