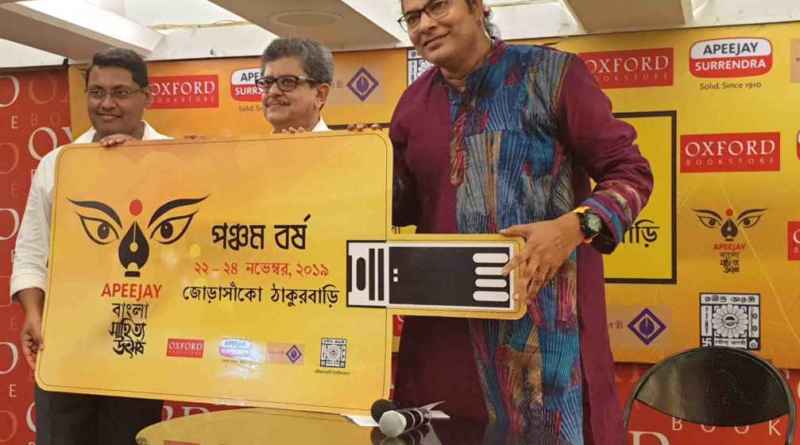 The almost 1- minute Theme music is a first for Apeejay Bangla Sahitya Utsob which turns 5 years old this year. Swagat Sengupta, Director of 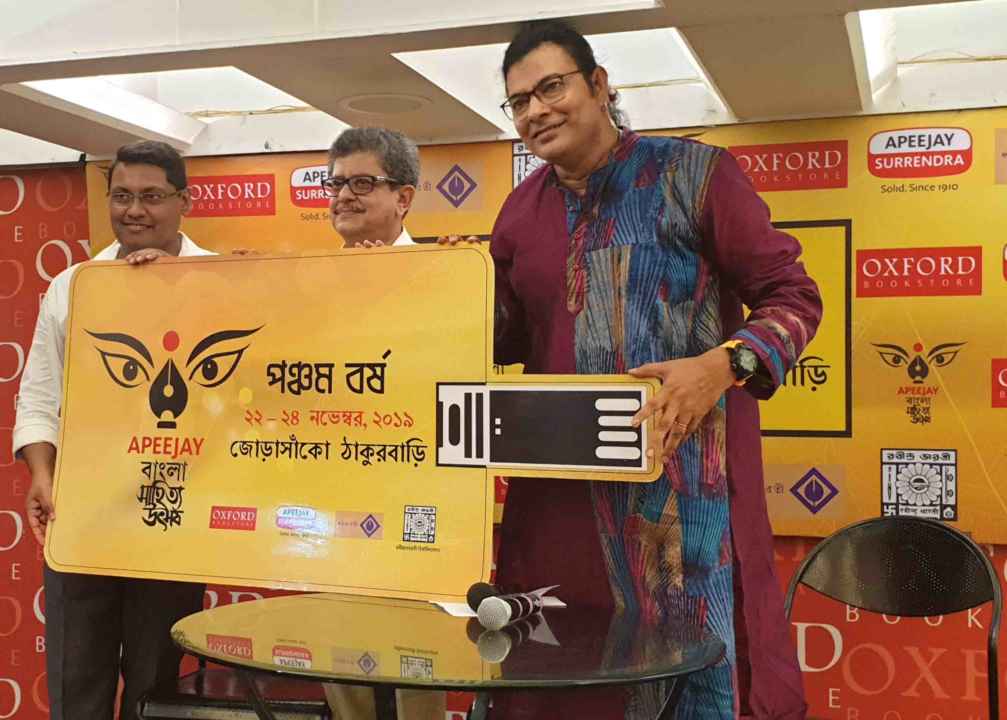 Apeejay Bangla Sahitya Utsob speaking to reporters said, “ABSU aims to bring in new elements for its audiences since inception and one of our endeavor for our milestone fifth edition is to give ABSU fans their very own ABSU theme music. Surojit Chatterjee has devoted his time composing the theme music for our Utsob because he shares the love for Bangla Language and appreciates the effort we are making to celebrate it. I am also delighted to see innumerable audiences being drawn to Oxford Bookstore Kolkata round the year as we began to focus on various facets of Bengal and its literature in between two ABSUs. Various online and offline endeavors are underway to extend the Utsob to the masses and the Theme music is a very significant initiative that we are announcing today in the run up to ABSU 2019 in November. Apeejay Bangla Sahitya Utsob venturing into creating a signature tune speaks volumes about the response from the Utsob fans and followers. Patra Bharti and Oxford Bookstores have inaugurated ABSU inside Oxford Bookstore, moved to the much larger Apeejay House Lawns and now have the honour of hosting ABSU in the courtyard of Jorasankho Thakurbari for the second year. That the courtyard of the birth place of Nobel Laureate Gurudev Rabindranath Tagore will ring with ABSU theme music this year is a matter of great pride for us.”

Surojit Chatterjee, renowed musician and composer launched the theme music accompanied by ABSU partners – Tridib Kumar Chattopadhyay, Writer, Editor and Publisher, Patra Bharati; and Swagat Sengupta, Festival Director, Apeejay Bangla Sahitya Utsob and CEO of Oxford Bookstores. Commenting on the process and the making of the theme music, he said “I have been attending the Apeejay Bangla Sahitya Utsob for the last two years and have seen people enjoying the festival.Now I am happy to be a part of this festival with my music, in a technical capacity. The tunes were composed keeping in mind the great writers of Bengal. Instruments like Tabla, Sitar and Flute have been used in the making of the tune as the people of Bengal easily identify themselves with it.  A theme song with lyrics would restrict the thinking capability of the people within the lyrics of the song; whereas a tune would allow people to think out of the box. I would like to thank Apeejay for coming up with the concept of the Bangla Sahitya Utsob. My contribution towards it is purely out of my love for literature and the festival.

Tridib Kumar Chattopadhyay, Publisher at Patra Bharati and co-presenter of the festival since its inception, spoke about the journey of the festival, its growth, the various associations with organizations and partners and the authors and sessions expected during the main festival. He commented “Literature and Music are intertwined with each other. Thus, we thought that our Apeejay Bangla Sahitya Utsob, which started, in a small way, four years ago and has scaled massive heights since then, needs to have a theme music. This is the need of the society today and that is why today we are launching the theme song.”

Created byOxford Bookstores in association with Patra Bharati, the Utsob will be hosted by at Jorasankho Thakurbari, Kolkata and will welcome eminent authors, renowned film directors, poets and musicians covering all the facets of Bangla literature to the City of Joy, soon to be given the name of the City of Literature on 22nd, 23rd and 24th November, 2019. 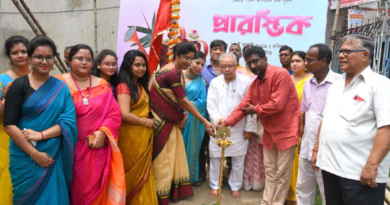 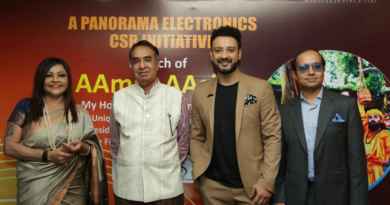 Experience the grandeur of ‘Wonder Woman 1984’ on INOX Screen X