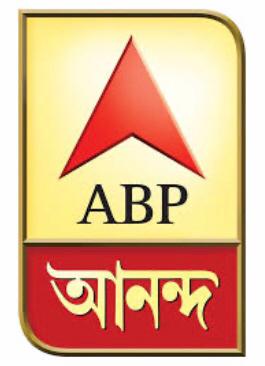 News Correspondent, abptakmaa, Kolkata, 6th July 2020 : West Bengal’s most illustrious news channel, ABP Ananda, has added yet another chapter to its glorious history, completing 15 years of operations this month. Since inception, the channel has been the quintessenceof local, on-ground reporting in Bengal and has carved a special place in the heart of the Bengalis.

With a mission to empower, inspire & serve as the voice of the people, the channel has not only created a strong brand equity in the market of West-Bengal, but also withheld its no. 1 position consistently. Among the five channels that have constantly appeared in BARC’s weekly lists of Top 5 Bangla news channels, ABP Ananda has remained the most consistent & most-watched. The channel, through its many memorable shows, has given a televisual feast to its viewers, and was the No.1 channel in the entire West Bengal TV Universe in terms of reach, for 13 consecutive weeks. (Source: BARC, TG – NCCS 2+, Mkt- WB, Wk 12-24’2020, Cume. Reach in Cr.) ABP Ananda has not only surpassed GECs, but all channels available in West Bengal – making history in the news broadcasting sphere.

However, achieving this undisputed leadership position was no cakewalk. Over the years, the channel has fervently pursued its vision towards responsible, action-oriented & impactful journalism, delivering top-notch content to its viewers. Carrying forward its editorial philosophy of radical opinions with a reverence for facts, the channel has proficiently undertaken issues of both local and national importance via cutting-edge reportage. In fact, ABP Ananda was the first channel to break the story of Rizwanur Rahman – A high profile case of an inter-religion marriage leading to an accidental death of Rizwanur in August 2007, the SaradhaFinancial Scam pertaining to the collapse of a Ponzi scheme run by Saradha Group in 2013, the Park Street Rape case of Feb 2012, Maoist Kishenji’s death and the Posta Flyover Collapse in 2016, among many other cases with perplexing, meddlesome dimensions.

What’s more is that, the channel has been a close ally of the viewers during the time of crises and helped them sail through grief & despair, by keeping them apprised at all times. In May 2019, when Cyclone Fani intensified into an Extremely Severe Cyclonic Storm, ABP Ananda’s GKSS was No.1 in WB TV Universe (Source BARC, TG- NCCS 2+, Fri 3rd May’19, TB- 2000-2100 Hrs, Mkt- WB, GVTs). Similarly, the calamity that struck Bengal during the Cyclone Amphan, ABP Ananda’s Live TV garnered 6.2 million views in one day (20thMay, 2020), despite a major breakdown in communication networks. This truly depicts the faith of Bengali viewers in ABP Ananda’s coverage, which has chronicled every single story of the state.

Even amid the ongoing COVID-19 crisis, when viewers have been on a constant lookout for latest developments in their district/township, ABP Ananda has been a frontrunner in delivering updates across all platforms.

Moreover, as we grapple with the numerous ramifications of the pandemic, various beleaguered sectors are looking for sustenance, especially that of education. The scholastic and academic loss to students, particularly those belonging to disadvantaged groups, has demanded an expeditious action. In this light, ABP Ananda aired virtual classes for students of IX to XII of state-aided Madhyamik & Higher Secondary schools and ICSE & ISC students to make up for the lost lessons, which received an overwhelming response from the viewers.

Apart from relentlessly bringing meaningful stories of West Bengal to its people, the channel has also embroiled itself intothe culture & ethos of the state, through local on-ground initiatives and events. Some of their most acclaimed events include the Khaibaar Pass Food Festival – one of Kolkata’s biggest on-ground Food Festivals which celebrates thescintillating Bengali food culture, and the success of which has paved the way for three more Khaibaar Pass Events in North Bengal, South Bengal, and North 24 Parganas; Sera Bangali, an award show that honors eminent personalities of Bengal; Jukti-Tokko – a renowned debate show which delivers authentic, ground-breaking conversations on key political & social issues of the state; and Sharad Ananda &Aloke Ananda, two properties that have become an integral part of a Bengali’s celebration of the most auspicious festivals – Durga Puja & Kali Puja

By the dint of these special initiatives, ABP Ananda has become a household name in Kolkata and a true confidant of the Bengali audiences all across the country.

In the ever-evolving television industry, the viewership patterns, content offerings, and audiences have diversified drastically in the past 15 years. But ABP Ananda has thrived and retained its crown despite the changing landscapes.Having achieved so much over the years, the channel has emerged as a hallmark of superior quality and credibility with the highest ethical standards of news reportage.

And as it embarks on another noteworthy year, the channel is poised to make even bigger strides in the realm of television news. 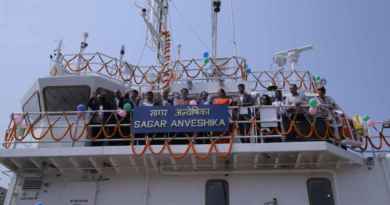 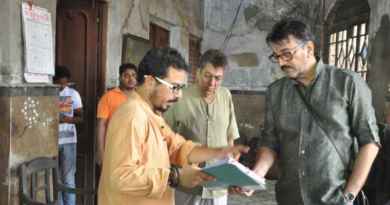 People should watch this movie and criticize me so that I can take more of these impossible challenges : Subhabrata