News Correspondent, abptakmaa, Kolkata, 23rd Oct 2019 : Mental health is crucial to the overall well being of individuals, society, country and the world.  On 10th October World Mental Health Day was observed worldwide. The objective is to create awareness about myriad issues that revolve round it and ways to garner support towards it.

In most parts of the world, mental health and mental disorders are not accorded anywhere near the same degree of importance as physical health due to ignorance and neglect.  Out of a total population of 7 Billion plus of the world more than 700 million people suffer from mental or behavioral disorder.  In India with a population of 1.3 Billion, this population could be exceeding 200 million.  More than one million people committed suicide every year.  4 of the 6 leading causes of years lived with disability are due to neuropsychiatric disorders (depression, alcohol-use disorders, schizophrenia and bipolar disorder).  One in four families has at least one member with a mental disorder.

“Family members are often the primary caregivers of people with mental disorders.  The extent of the burden of mental disorder on family members is difficult to assess and quantify.  However, it does have a significant impact on the family’s quality of life.  In addition to the health and social costs, those suffering from mental illnesses are also victims of human rights violations, stigma and discrimination, both inside and outside psychiatric institutions.  Mental and behavioral disorders are single largest illness/disease prevalent on the planet   with the fastest growth rate, Primarily due to the stigma attached and the pressures of modern life and misuse of communication technology which  was primarily developed to connect us is now disconnecting us much more, making most of us emotionally insecure.

While for reasons explained before accurate data is not available but the cost of mental health problems globally could be anything between 4 to 6% of GNPs of various nations.  Running into 100s of Billions of  Dollars both in terms of expenditures incurred and loss of productivity.  The average annual cost, including medical, pharmaceutical and disability costs, for an employee with depression may be 4.2 times higher than those incurred by a typical healthcare beneficiary.  However, the cost of treatment is often completely offset by a reduction in the number of days of absenteeism and productivity lost while at work.  Therefore, to alleviate the problem and the economic burden its importance to invest in Prevention, Management and Promotion Programmes” , stated Shri. Kamal Prakash, President –Antara, a rehabilitation centre for the poor and marginalized suffering from mental disorders, alcoholism and drug addiction.

The combination of well-targeted treatment and prevention programmes in the field of mental health with overall public strategies could avoid years lived with disability and deaths, reduce the stigma attached to mental disorders, increase considerably the social capital, help reduce poverty and promote a country’s development.

They provide samples of effective programmes targeted at different age groups from prenatal and early infancy programmes, through adolescence and old age and different situation such a post-traumatic stress following accidents, marital stress, work-related stress, and depression or anxiety due to job loss, widowhood or adjustment to retirement and hundreds of other such reasons.  However, there are plenty of success stories particularly in low and middle income countries with strong evidence to show that successful affordable and cost effective interventions are available.  However in all countries there is enormous gap between need for treatment and resources available.  In developed countries with well organized health care system between 50 to 70% of the patient with mental disorders do not receive treatment in under developed and developing countries the treatment gap exceeds 90%.

“Before mental illness become an epidemic and prophecies of entrepreneurs and physicist Like Elon Musk, Stephen Hawking become true that humanity would leave the planet between 2035 to 2055 primarily due to Technology Taking over humans.  Individually, as society and as country  we must acknowledge act and advocate for mental health and invest aggressively to save humanity.  There cannot be a better investment”, Shri Prakash added.  Publicity : Grey Matters. 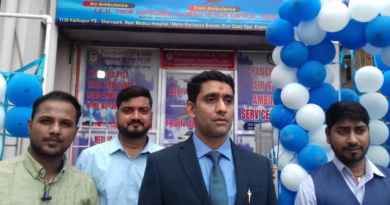 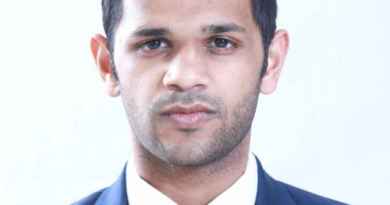 The New Normal of Healthcare Post Lockdown By Gandharv Roy, COO of Medica Group of Hospitals