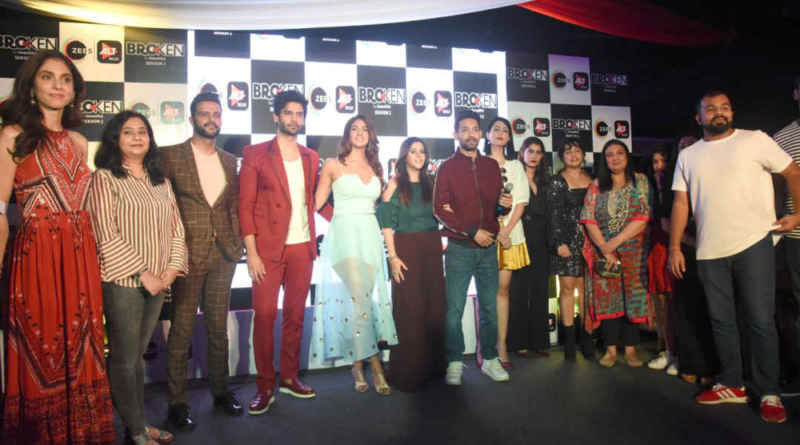 Desk Correspondent, abptakmaa, Kolkata, 20th Nov 2019 : Rewinding exactly a year ago, ALTBalaji enterprised its viewers with a heart touching story of Veer and Sameera in Broken… But Beautiful. Featuring one of India’s finest actors Vikrant Massey and the effervescent Harleen Seethi, the show traced the lives of these two individuals who try to move on from their disturbed past.  Through a series of events Veer and Sameera cross paths and lift-up each other from their situation. While they realize they are falling for each other, they decide to distance themselves and part ways. Season 2 of this most loved series is back to pick it up from where it left. The fans have waited with bated breath for almost one year to see what happens to Veer and Sameera and the excitement level and anticipation has gone a notch higher with the poster release of the second season.

ALTBalaji, along with ZEE5, gave viewers a double treat today by dropping not only the trailer but also releasing the lilting soundtracks of the upcoming second season! Get set to witness the chemistry shared between the lead pair of Veer and Sameera, as Broken… But Beautiful 2 streams this November 27 on both ALTBalaji and ZEE5.

Memories Fade but the heart remembers. They moved on but have they let go?  Will veer and Sameera find their way to each other again? …these questions will be answered in the upcoming season 2. The trailer gives a sneak peek into how the Veer and Sameera have taken different paths and are involved with Debbie (played by Anuja Joshi) and Ahan (played by Gaurav Arora) respectively. But can two lost souls like theirs really stay away from each other for long? Will their #BrokenBut Beautiful hearts be truly happy? Laws of attraction do hint at these two pieces of a magnet getting back to each other. But one can’t help but wonder if they will be able to live a fairytale life as the perfect couple or crumble under the weight of their past. It promises to be a series where layers will be unveiled as Veer and Sameera eventually find their way to each other or maybe not!

‘Broken…But Beautiful’, which made its way into audiences’ hearts on exactly the same day last year, is all set to repeat history through its riveting storyline and music. The web-series started the trend of original soundtracks in the Indian OTT space and went on to strike the right chord with audiences owing to its chartbusters that raked in millions of views on YouTube. Giving a sneak peek into the music album of its second season, ALTBalaji and ZEE5 unveiled 3 absolutely melodious and romantic songs from the web-series. The songs are composed and sung by some of the most celebrated musicians from Bollywood – Vishal Mishra, Akhil Sachdeva, Anusha Mani, and Sandman. ‘O Saajna’ is a soulful contemporary pop number crooned, composed and written by Akhil Sachdeva, ‘Boreya’ – another pop track, sung by the spunky Anusha Mani and composed by SANDMAN of the Fittrat fame, the third original track a love ballard ‘Teri Hogayiyan’ is sung, composed and penned by the popular singer Vishal Mishra. The audiences regaled as the singers recreated the magic live in the presence of the content czarina Ekta Kapoor and the spectacular cast of the series.

On the upcoming second season of the acclaimed web-series, Ekta Kapoor, Joint MD, Balaji Telefilms said, “When I make shows, I express it from my heart! Some emotions can’t be vocalized but they can only be experienced from the heart. Not every story has a happy ending, but life goes on and we too need to pick up the pieces and move on to heal. And when you break up with someone, a part of the process of moving on and leaving your baggage behind is also discovering yourself! This is what Season 2 of Broken…but Beautiful depicts.”

Speaking on the music and trailer launch, Aparna Acharekar, Programming Head, ZEE5 India said, “It has been a fantastic year for us at ZEE5. Our association with AltBalaji has been successful right from the start of our relationship. There has been a great deal of exchange, brainstorming and learning. It is inspiring to partner with likeminded creative platforms. At this juncture, we are truly excited to premiere Broken… but Beautiful  Season 2 and we hope audiences enjoy the series and the music as well.”

The acclaimed actor Vikrant Massey, portraying the character of Veer, shared, “Seeing the adulation and accolades that the first season garnered, I am absolutely delighted that the excitement ahead of the show’s release is at an all-time high. Shooting for season 2 was an absolute joy to reunite with the amazing cast and crew. I have given the show my all and I am extremely happy with the way the story has panned out. I hope audiences love what we have in store and enjoy it to their heart’s content.”

Speaking about her lead role of Sameera, Harleen Sethi quipped, “I was an almost newcomer before the first season, so expectations were minimal. But with the show reaching unprecedented heights, audiences now expect my character Sameera to deliver a power-packed performance. Shooting with such expectations was surely challenging, but that’s what brought out the best in me I guess. With Season 2, audiences are in for an emotional roller coaster ride that they’re going to remember for a very long time.”

The first season of the web-series received immense popularity, unprecedented subscription numbers and love from the audience as well as renowned Bollywood personalities Like Amitabh Bachchan, Abhishek Bachchan, Sonali Bendre, Hrithik Roshan, Karan Johar, Riteish Deshmukh and many more. The series is produced by Roaring River Production and Inglorious Films. 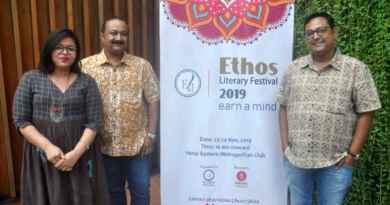 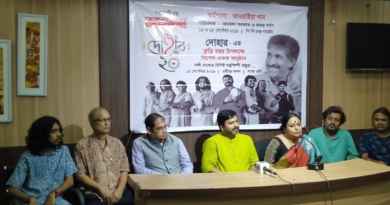 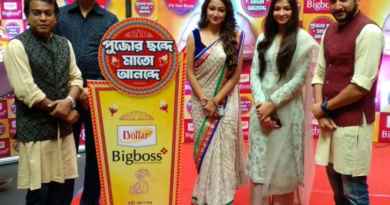 One thought on “ALTBalaji and ZEE5 Launch The Trailer and Music Album Of Broken…. But Beautiful Season 2”